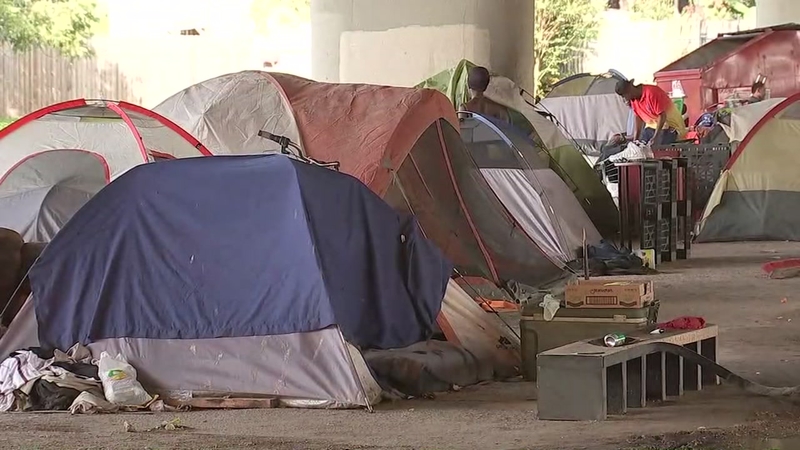 HOUSTON, Texas (KTRK) -- Houston police are investigating after a man was fatally shot in Midtown Saturday.

HPD Homicide responded to male fatally shot 4400 San Jacinto at 1607 hrs. No other information at this time. CC4#hounews

Officers say the incident happened in a homeless encampment in the 4400 block of San Jacinto at around 4:07 p.m.

Police say two homeless men got into an altercation when one of the men pulled a gun out on the other and fired at least two shots.

The victim was believed to be hit in the abdomen. He was transported to the hospital, where he was later pronounced dead.

The suspect was allegedly seen running towards the METRO light rail, where police believe he got on. Authorities are currently searching for him.