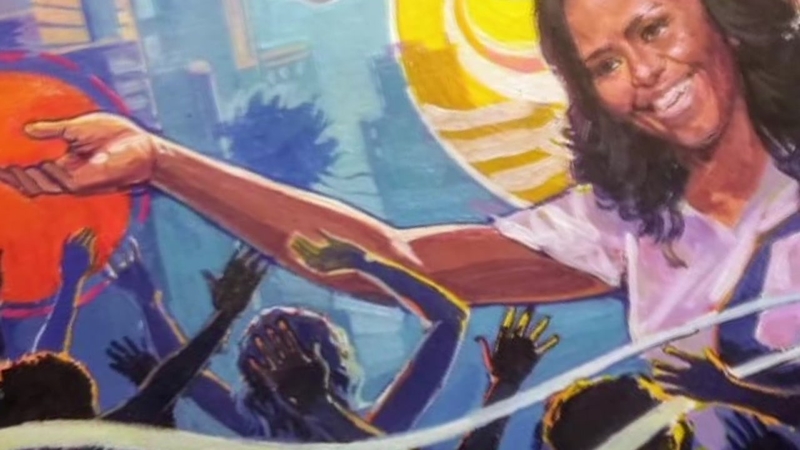 HOUSTON, Texas (KTRK) -- Former first lady Michelle Obama is joining her husband with her own mural in Houston.

The mural can be found across the street from The Breakfast Klub, a popular southern breakfast and brunch spot in Midtown.

The new artwork will join a long-standing mural of former president Barack Obama, which was created in 2008.

The homage to Michelle will feature some of the work she's done for young girls with the Global Girls Alliance. It's a mission to empower adolescent girls around the world through education, giving them the tools to support their families, communities, and countries.

The artist hopes to finish the mural before Michelle's national book tour makes its stop in Houston.

Michelle has seen a lot of success since releasing her book "Becoming" that debuted in November.

She is scheduled to take her tour to the Toyota Center on March 2.