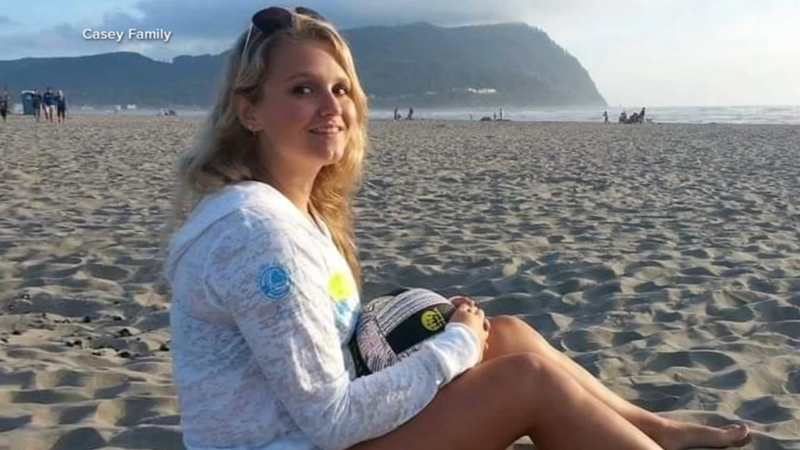 PORTLAND, Ore. -- An Oregon State University student died after she slipped and fell 100 feet off a mountain - a new reminder of the possible deadly consequences of pursuing that perfect picture in dangerous places.

Michelle Casey's boyfriend made a panicked call to 911 after the 21-year-old college student slipped and fell 100 feet from a cliff along Neahkahnie Mountain near Portland, Oregon.

According to police, Casey was taking photos at the time of her fall after investigators say she and her boyfriend climbed over a retaining wall. But her family emphasized in a statement to ABC News that "her phone was in her pocket" at the moment she slipped from a rock.

It took first responders over two hours to bring Casey back up and fly her out to a hospital, Where she later died from her injuries.

It's the latest reminder of the often deadly consequences of pursuing that perfect picture in dangerous places.

Earlier this month, Reilly Hamilton fell five stories from a Manhattan rooftop as she was reportedly taking pictures at the time. She survived the fall, but suffered critical injuries.

And in April, Fordham University senior Sydney Monfries plunged to her death inside a landmark clock tower while trying to take pictures from the iconic site.