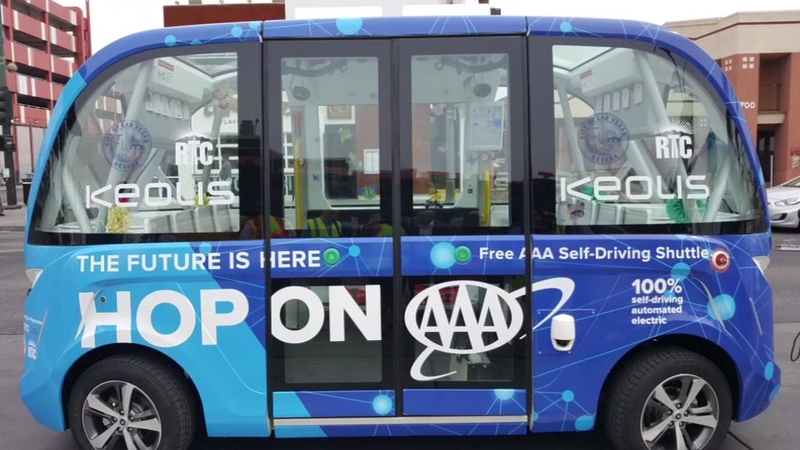 HOUSTON, Texas (KTRK) -- The future is here when it comes to driverless public transit.

The METRO board approved a pilot program to try out an autonomous passenger vehicle this fall on the Texas Southern University campus.

The autonomous vehicle will be similar to driverless passenger vans that are already in use in Arlington and Las Vegas and hold about a dozen people. It will have a METRO employee on board who can take over, if necessary, for safety reasons, and to tend to patrons.

"You'll be able to clearly see the vehicle. We'll also have stations, so people will have an awareness that the vehicle is operating in their environment," said Kimberly Williams, METRO's Chief Innovation Officer. "It will operate at very slow, safe speeds."

The planned speeds are 8 to 12 miles per hour. The route is about a one-mile stretch on the Tigerwalk at TSU. This is an area closed to regular vehicle traffic, but still open to people walking and cycling.

We asked METRO customers what they think about moving forward with autonomous vehicles.

"Anything man-made can break. I want a human driving me, not a machine. I don't trust a machine," said customer James Pellerin.

Customer Trevor Phelps was open to the idea.

"As long as it's got the right sensors on the vehicle, and as long as the car knows I'm there, I'm fine with it," added Phelps.

METRO hopes a successful test of the technology could lead to customers using the autonomous vans as a connection to major transit locations, such as the Purple line or the Eastwood Transit Center.