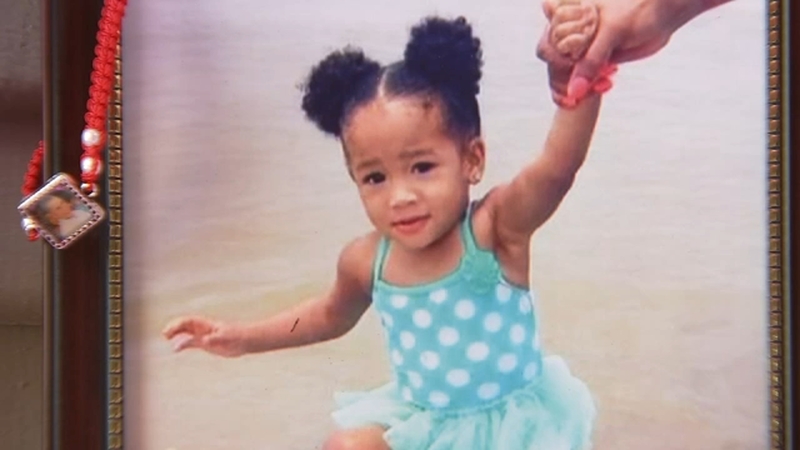 HOUSTON, Texas (KTRK) -- The remains of a child found last week in Arkansas are those of missing Houston 4-year-old Maleah Davis, the medical examiner confirms.

Her cause of death is still pending.

On Friday, law enforcement officials in Fulton, Arkansas, said a road crew found a black bag with a foul odor and inside were bones and blood.

Late Friday, the remains arrived in Houston for further investigation.

Quanell also revealed that Maleah's body was dumped there "early on," possibly indicating it happened shortly after the girl was first reported missing. The time of her death was not indicated.

The Houston Police Department said in a statement Monday that while officers are saddened that the remains were Maleah's, they are "heartened by the fact this sweet child can now receive the proper burial she deserved."

HPD also vowed to continue working on the case to ensure justice is served.

"The Houston Police Department will continue to work diligently with the Harris County District Attorney's Office and other partners to ensure the person(s) responsible for her death, and the attempted cover-up of her death, are held accountable to the fullest extent of the law," the statement continued.

The Harris County District Attorney released a new statement Monday on his charge.

The defendant remains charged with tampering with a corpse. (A second degree felony punishable by up to 20 years.) Prosecutors continue their review and are working with Houston Police. Additional charges would be filed as the evidence supports doing so. We remain focused on finding the truth and delivering justice for Maleah.

He told police he was knocked unconscious by three Hispanic men, later regaining consciousness 24 hours later in the area of First Colony Mall. His son was with him but Maleah was not. He later entered a hospital in Sugar Land, where he told police that Maleah went missing.
From there, an exhaustive search across Harris, Fort Bend and Brazoria counties intensified in the weeks after the reported disappearance.

Since the arrest, Maleah's mother drew anger from community members who believed she neglected the girl by putting her in harm's way with Vence. Houston Police Chief Art Acevedo also weighed in, saying there were obvious holes in Vence's story.