If executed on April 27, Melissa would be the first Latin American woman executed in Texas in the modern era.
KTRK
By Shelley Childers 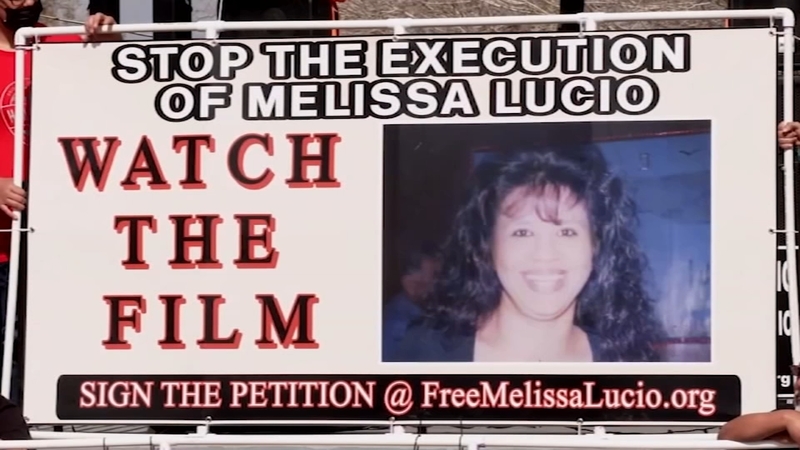 Kim Kardashian is joining a growing list of Texas House legislators calling for scrutiny over the death sentence of Melissa Lucio.

The mother of 14 has been sitting on death row for nearly 15 years after a conviction in Cameron County for the murder of her 2-year-old daughter, Mariah, in 2007.

In January, her family says they got word an execution date was finally set.

"We have approximately three weeks, 21 days until the 27th arrives," said her son, John Vincent Lucio.

RELATED: Calls for clemency continue for South Texas mom set to be executed next month

It is the final countdown of a nightmare he and his family have been living for more than a decade.

John was 17 years old at the time his sister died and his mother was arrested and charged.

He has been fighting for his mother's release, for what he calls a wrongful conviction, his entire adult life.

Supporters at the Innocence Project say the murder never happened. They say the toddler fell down a steep flight of stairs in Harlingen, Texas, and died two days later in her sleep.

Melissa's supporters and new attorneys say she was coerced into a confession after five hours of interrogation on the night her daughter died. Melissa was also pregnant with twins at the time.

In 2008, she was sentenced to death, while her husband, who was also home, was given a lesser charge and sentenced to only four years in prison.

The Cameron County District Attorney at the time, Armando Villalobos, is now serving a 13-year federal prison sentence himself for bribery and extortion.

SEE ALSO: More than half of the Texas House wants to stop the execution of Melissa Lucio

Luis Saenz says he would gladly review the case.

A group of bi-partisan Texas legislators is also working to stop this execution.

They gathered together last month in a joint statement, and some of them, John says, even visited with his mother on death row.

"She had the visitation today with the representatives. I believe there were seven, if I'm not mistaken, maybe eight," he said.

And in a now-deleted tweet, Kim Kardashian shared Melissa's fight to her more than 72 million followers.

With support for Melissa now flooding in, John says he has never been more hopeful.

"People that have come forward to support my mother, it is incredible. Even though I believe it, it's unbelievable. It sounds like a contradiction I know it, but it's Kim Kardashian sharing my mother's post," John told ABC13.

If executed on April 27, Melissa would be the first Latin American woman executed in Texas in the modern era.

John says he will do everything he can to save his mother's life.

"We're doing everything we can. Whatever my mother needs, I am here for her 100%. My wife and I, we are going to fight to the very end until we bring my mother home."

A Save Melissa Lucio Rally will be held Thursday at 6 p.m. at Dallas City Hall.