McDonald's owner killed in front of restaurant gets own street 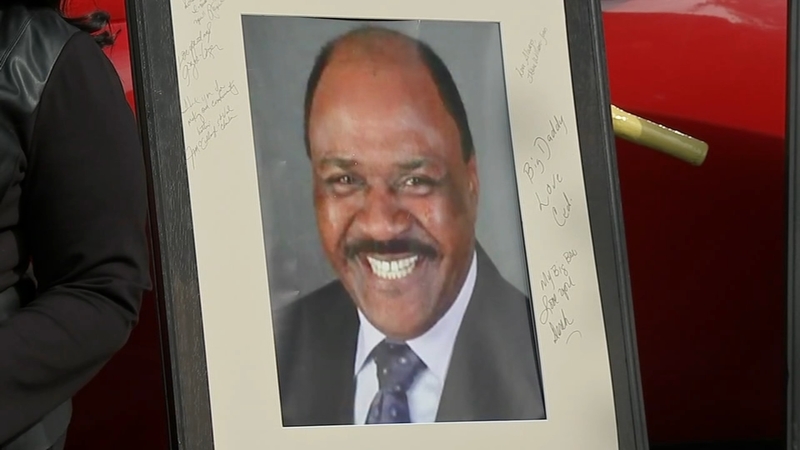 McDonald's owner gets own street after his death

HOUSTON, Texas (KTRK) -- Houston city council approved the name change for a street Wednesday to honor the legacy of a businessman who gave much to the Fifth Ward community.

The name Calles Street will now be Carroll Oliver Way.

While the killer of a McDonald’s franchise owner has yet to be caught- the city honors the victim. Our stories at4&6 #abc13 pic.twitter.com/PvLZkxKsAD

Oliver owned a McDonalds franchise at Lockwood and I-10.

In January 2016, he was shot and killed outside of the restaurant as he returned from a trip to the bank.

Oliver pulled out his gun to defend himself, but was fatally shot before he could fire. The would-be robbers fled without getting any cash.

"The only thing they stole was Mr. Oliver's life," said an HPD homicide detective at the time.

Nearly four years later, there have yet to be arrests in the case.

Now, an HPD spokesman said it remains an active investigation and a Crime Stoppers reward is still available for the person who can identify the suspects.

"It's fitting we change the street to a man's name. A man who changed the neighborhood," said Councilman Jerry Davis, who was instrumental in renaming the street.

Stephanie Oliver Parrish now owns the franchise once owned by her father. She attended a ceremonial unveiling of the new street sign Saturday, calling it an honor to the father she loved.

"He started student scholarships and helped single moms who were struggling with children and giving those people a second job and a second chance," she said. "It was such an honor to give him that chance today."

The family also hopes the killer will be brought to justice and so do those for whom Oliver was a mentor, a community leader and a friend.

Anyone with information on Oliver's murder is urged to call Crime Stoppers at 713-222-TIPS.