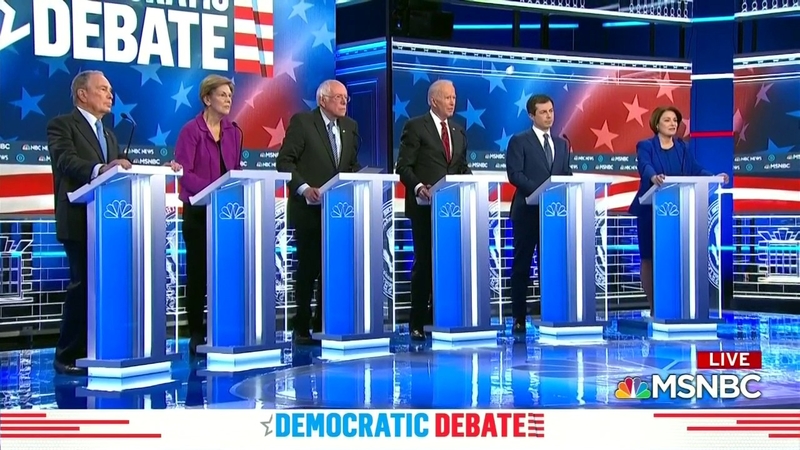 Sanders: Democrat with most delegates should win party's nomination

LAS VEGAS -- Bernie Sanders is the only Democratic candidate on the debate stage who thinks the candidate with the most delegates should win the party's presidential nomination even if he or she doesn't have a majority.

His rivals on Wednesday night in Las Vegas say the party should follow its rules at the Democratic convention rather than handing the nomination to someone without 50% of delegates.

It sets up a clash should the primary season end without a clear winner, giving way to a contested convention. Delegates are picked up through state parties and caucuses, and party rules state a candidate needs a majority to become the nominee.