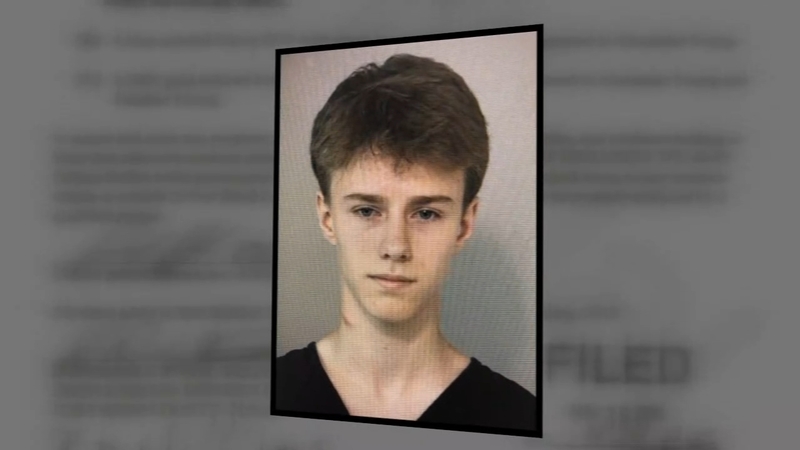 Teen could make bombs that would 'shred people': Documents

The ninth grade student was arrested May 15 on a felony charge of possession of explosive components. His bond was set at $25,000.

Yaffie stressed that no direct threat was made toward anyone individually or the school at large.

According to court documents, Young made a comment at school, saying he knew how to make bombs. He allegedly told two students he also makes his own gunpowder and he wanted to sell bombs.

A student told investigators that Young said by using glass, plastic or rocks in these explosives, they had the power to "shred people apart" at high speed, court documents state.

The principal of Clements High School says a tip led to the arrest of a student arrested for possessing explosive components.

Young allegedly described himself as a "sociopath" and believed his classmates were "going nowhere in life and they are not worth it."

A search of the Young family home was conducted on May 9 after police obtained a search warrant.

Documents state Young's father led officers to a detached garage, where they found a bottle of stump remover, a bottle of sulfur dust, and a grey and white colored bowl that contained a metal pipe inside.

Investigators also say they found a black powdery substance, according to documents.

Young's father allegedly told investigators his son enjoys chemistry, and had been watching YouTube videos on how to make gunpowder.

FBI agents got involved in the case on May 13. Documents state an agent analyzed the materials found, and concluded all could be used to build a pipe bomb.

"(The agent) stated that black powder can be put in a pipe bomb," the documents say. "(The FBI agent) also informed Affiant that the syringe on the workbench caused him concern as the syringe, in conjunction with TATP (triacetone triperoxide-a peroxide based explosive) can be used as an initiator to create a larger explosive."

Wednesday evening, the school released this letter to parents:

The safety and security of Clements students are always top priorities. Therefore, I am writing to inform you that a Clements High School student has been arrested on a charge of possession of components of an explosive.

On the evening of Thursday, May 9, 2019, I was informed about several comments made by a student. These comments suggested the student had access to various combustible materials and had spoken about the capabilities of such materials. I notified the Fort Bend ISD Police Department and they immediately began an investigation with the assistance of other agencies. An arrest was made this morning.

It is important to note that no direct threat was made towards any individual or the school. Nevertheless, FBISD Police Chief David Rider and I believe it is necessary to inform you about this incident. The investigation into this situation is ongoing and we will continue to do our due diligence in matters related to it. It is also important that our students know that we will always take immediate action when we receive reports that involve the safety of our school.

Chief Rider and I commend the students who reached out to an adult to report their concerns about this matter. Please remind your children to report anything that looks or sounds dangerous or unusual to a trusted adult. They can also call our Student Crime Stoppers Hotline at 281-491-TIPS (8477).
We appreciate that our students, staff, and parents work together each day to keep our schools safe. Thank you for your continued support of Clements High School.

A Katy student is in custody for making a terroristic threat with a printed 3-D gun, the Fort Bend County Sheriff said.