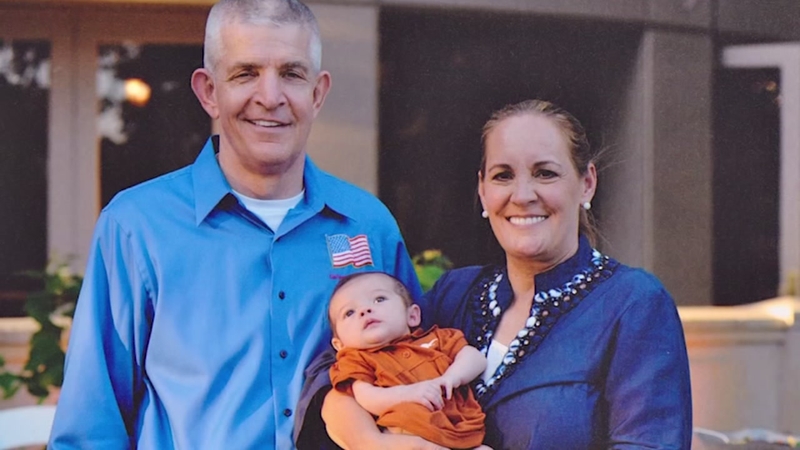 It's not just Mattress Mack, good works run in the McIngvale family

HOUSTON, Texas (KTRK) -- Whether he is giving away tickets to a World Series game and flying you private to see it, offering up a place to stay when your house is flooded or "saving you money" at Gallery Furniture, Jim "Mattress Mack" McIngvale is a one-of-a-kind Texan.

The world met him in the aftermath of Hurricane Harvey, but also missed the story about the rest of the McIngvale clan.

"The trauma was inexplicable and then they got here and thank God they were safe," said McIngvale as he walked through his store, recalling the storm.

Even as the rain continued to come down, McIngvale opened two of his Gallery Furniture stores -- one in Houston and the second in Richmond -- to hundreds of residents who slept and ate at the stores while evacuated during Harvey.

At the time, McIngvale's own neighborhood was also flooding. When he left home that Sunday morning, he had no idea he wouldn't be able to return for a week or so.

His furniture store became home base.

"Didn't miss it," McIngvale said of the creature comforts of his own home. "I stayed here and helped rescue people."

He also mentioned his wife, Linda, who spent the week helping others while she was camped out at Westside Tennis Club.

"Through God's grace, we've been successful and one of our obligations is to help other people," he said.

Among McIngvale's clan is his wife of 36 years, Linda, and their son, James, who is Gallery Furniture's digital marketing manager. There's also daughters Laura McIngvale Brown and Dr. Liz McIngvale. While you may see them on television commercials selling furniture, it is clear from their work behind the scenes that the family business is truly helping others.

When Harvey hit, Laura drove down from Austin with not only her husband Phillip Brown, but a boat to traverse the flooded streets of Houston's west side.

"Laura was the dispatcher," Brown said, recalling how his wife arranged boat rescues.

"I'm good at logistics from all those years of coordinating delivery trucks," said Laura.

Brown used Facebook and other social media sites to put the word out about their boat and offer to help anyone in need.

The family's generosity did not retreat when the water receded. Gallery Furniture orchestrated handout of house supplies and clothes.

"We started thinking together how can we help people that are having a mental health impact from Harvey," said Dr. McIngvale.

Having struggled with obsessive compulsive disorder for years, Dr. McIngvale and her family have championed mental health.

"We want to help break down that stigma and encourage people to seek the help and know it's no different than a physical illness," she said.

You would not have to look far to find people the McIngvale's have helped.

RELATED: Man fighting to get street named after Mattress Mack

Valery Sales came to Gallery Furniture as an evacuee, began volunteering and hasn't left since.

"I didn't ask for one, I didn't apply for one and he offered me a job," Sales said.

Mack himself said he is still working on himself but added his Harvey experience has taught him to be less judgmental of others. Community and character were his parents core values while he was growing up, but faith glues the entire family together.

"It is sincerely just who he is and he is never going to change," Brown said of her father. "I mean this is sincerely a man of God and he is a person of goodness and he doesn't know another way to be."

They may be good at saving you money and selling you furniture, but the McIngvale's real family business is service.