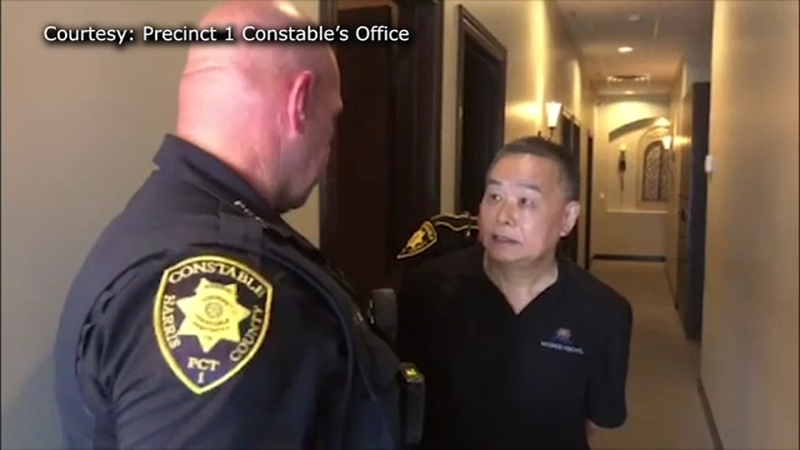 HOUSTON, Texas (KTRK) -- Authorities are investigating after a Massage Heights employee was arrested for sexual assault during a massage.

James Jefferson was charged with two counts of sexual assault.

Harris County Constable Alan Rosen tweeted about the incident saying Pct. 1 deputies were looking for additional victims after a woman says she was assaulted by Jefferson.

The incident reportedly happened in the 3000 block of W. Holcombe Boulevard.

Authorities say an undercover cop went into the place of business and was allegedly assaulted by Jefferson as well.

"Massage Heights Franchising and the local franchisee have a zero tolerance policy related to inappropriate behavior, including sexual misconduct, and our priority is to do everything possible to protect the thousands of members and guests our franchisees serve. The local franchisee was not aware of any allegations against the massage therapist, as no previous complaints had been reported to the local Retreat. Upon learning of the allegations and arrest, the franchisee immediately terminated the therapist's employment and is fully cooperating with the local police in their investigation. Massage Heights Franchising requires franchisees conduct criminal background checks prior to hiring and that franchisees ensure all therapists complete mandatory training on safety procedures and sexual misconduct. The local franchisee confirmed the therapist passed the criminal background check conducted during the hiring process."