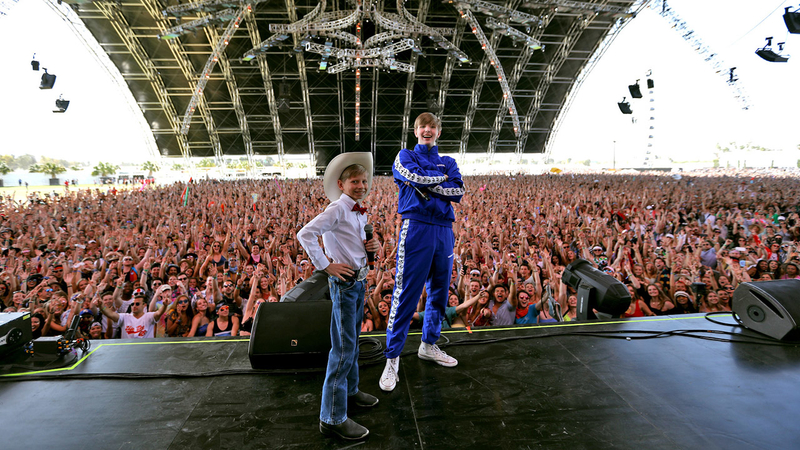 INDIO, Calif. -- Mason Ramsey, the 11-year-old who went viral after yodeling in Walmart, has a new place to show off his pipes: Coachella.

Electronic DJ Whethan introduced Ramsey at the end of his set. Ramsey's audience included none other than Justin Bieber, who also ascended to the pop culture stratosphere when his performances went viral on YouTube nearly a decade ago.

The two met backstage and took photos together, and video shot by fans in the crowd showed Bieber dancing along to Ramsey's performance.

In late March, footage surfaced of Ramsey performing in the aisle of an Illinois Walmart. It's since amassed tens of millions of views, and Ramsey has made the rounds on talk shows and garnered more than a million followers on his Instagram account.

#MasonRamsey yodeled his way into our hearts & aisles, so we’re putting on a concert at his local Walmart to let him shine! 🎸 #YodelChallenge pic.twitter.com/3TG8IO8zr1