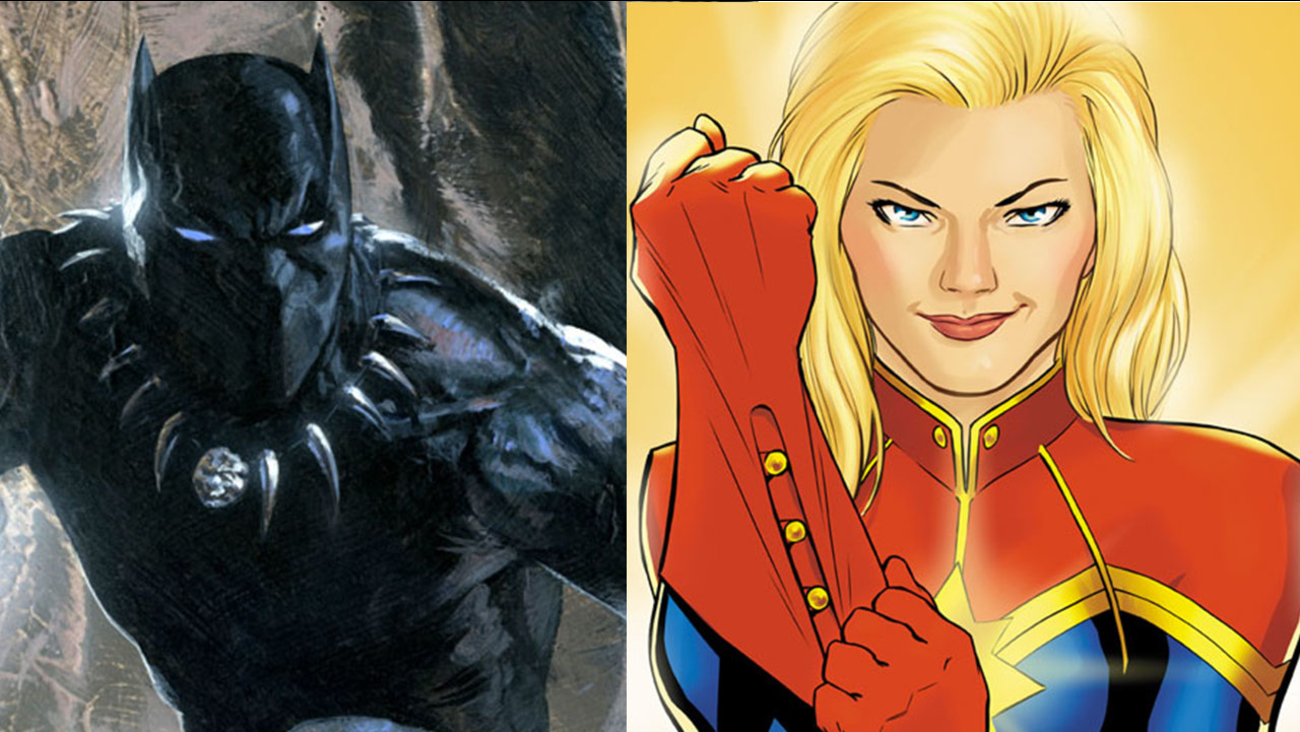 Black Panther and Captain Marvel will be the first African American and female superheroes, respectively, to get their own Marvel films. (Marvel)

The studio announced today at a press conference their full film slate through 2019, including two new heroes to the comic book film empire named "Black Panther" and "Captain Marvel."

"Black Panther" is set to be played by Chadwick Boseman, star of "Get on Up" and "42." The character made his comic book debut in July 1966, and was also the first black superhero in mainstream American comics. The film is scheduled for a November 2017 release. Black Panther's description from Marvel is below:

"T'Challa is a brilliant tactician, strategist, scientist, tracker and a master of all forms of unarmed combat whose unique hybrid fighting style incorporates acrobatics and aspects of animal mimicry. T'Challa being a royal descendent of a warrior race is also a master of armed combat, able to use a variety of weapons but prefers unarmed combat. He is a master planner who always thinks several steps ahead and will go to extreme measures to achieve his goals and protect the kingdom of Wakanda"

Making her comic book debut in 1968, the female "Captain Marvel" has yet to be cast. The film is slated for a July 2018 release. Captain Marvel's description is below:

"Ms. Marvel's current powers include flight, enhanced strength, durability and the ability to shoot concussive energy bursts from her hands. Ms. Marvel is a skilled pilot & hand to hand combatant."

This past week, Marvel released a trailer for "Avengers: Age of Ultron."