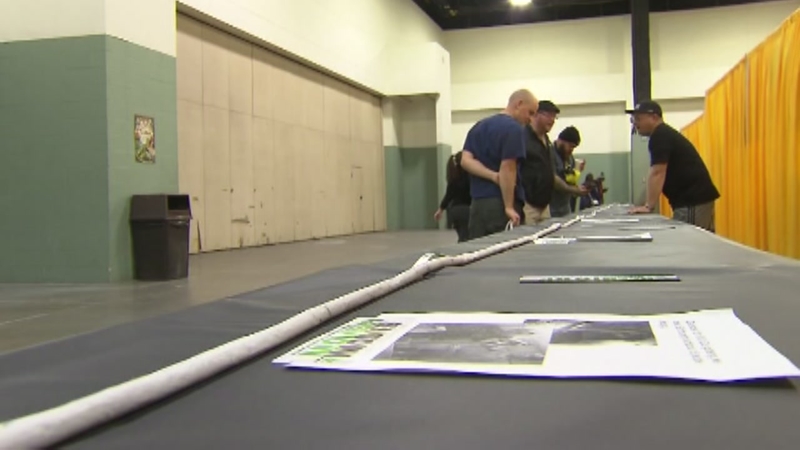 The move is timely considering the state's cannabis commission met in the past week to go over the rules for recreational marijuana use.

Pot shops aren't set to open until summer, but that isn't stopping this group.

"First thought is, when do we get to smoke it? That thing is epic!" said Ali Kamran-Rad.

The 100-foot long joint is a big hit at the Harvest Cup in Worcester, Massachusetts.

"Honestly, I want to know who has lungs powerful enough to suck air all the way from that end to this end," Patrick Brenton said.

The people at Beantown Greentown who put the event together said the doobie could be one for the record books. It took the help of 40 people, 3,000 yards of rolling paper, and a month and a half of hard work. And you can't forget the cannabis.

The two-day marijuana competition and expo drew thousands of people celebrating the full legalization of pot in Massachusetts.

"It's very cool. Everyone is getting together, very diverse," Brenton said.

Marijuana growers and vendors are also gearing up for pot shops to open next summer.

"Finally, it feels like you're in a community of people that, for years, were outcasts," said Kamran-Rad.

But pro-marijuana advocates say the weekend festivities were all about education and awareness.

"Our goal is to break down the stigmatism of what cannabis is, and doing something of this size kind of makes people chuckle," said Andrew Mutty.