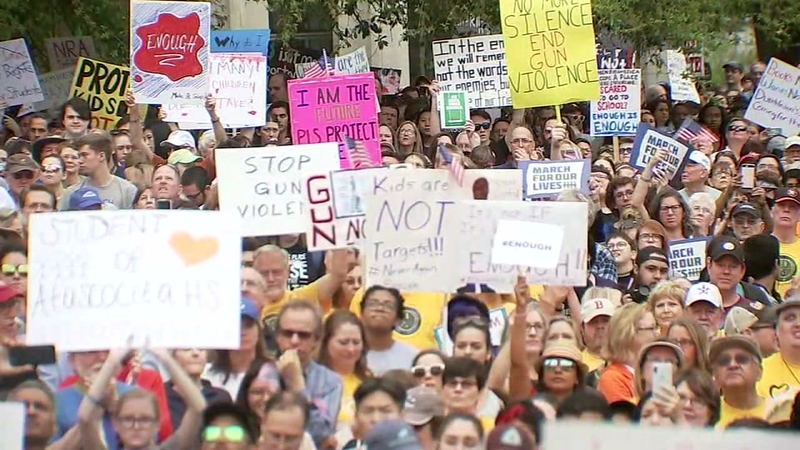 HOUSTON, Texas (KTRK) -- While hundreds of thousands marched across the country, nearly 15,000 gathered in downtown Houston on Saturday to rally for stricter gun control and "March for Our Lives."