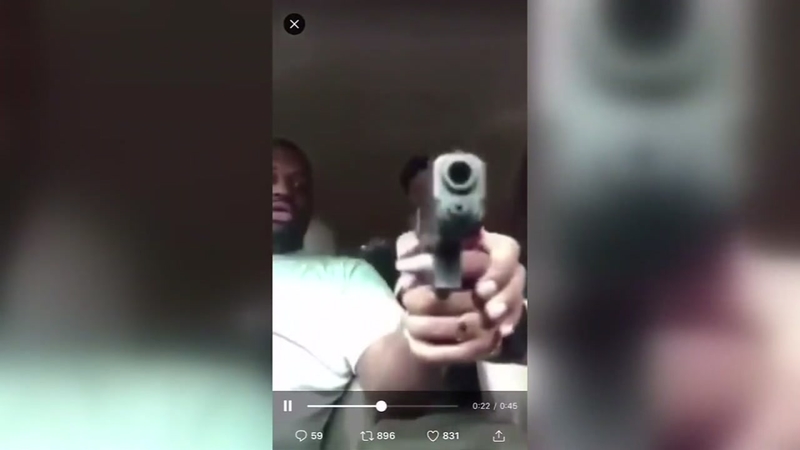 HOUSTON, Texas (KTRK) -- The man who was shot during a Facebook Live stream on Easter Sunday opened his eyes, his family said, marking another step in his recovery.

Earlier this week, Holmes' family issued a statement through their attorney.

Shanna Hennigan issued this statement to ABC13:
Devyn is continuing to improve. Doctors ran further tests this morning and are awaiting the results. The family strongly believes that the prayers and support they have received from all over the nation and the world are fueling Devyn's remarkable recovery. The doctors have chosen to keep him sedated so that his brain can continue to heal. His mother has not left the hospital since he was admitted (except for her appearance in court last Tuesday). She vows to remain there as long as her son is there and go home only when he goes home.

Hennigan also said that Holmes was able to breathe on his own with some support from machines.

He remains in stable condition at Ben Taub Hospital, but his family continues to ask for prayers.

Holmes was shot in the head early Easter Sunday morning while sitting in a car at a gas station on Almeda and Southmore.

Police say he was with two other people, playing with two guns while broadcasting on Facebook Live. In the video, Cassandra Damper is seen holding a gun and pointing it at the camera.

Seconds later, she is seen pointing the gun at Holmes' head, then pulling the trigger.

Damper is charged with aggravated assault with reckless serious bodily injury and tampering with evidence.

She remains free on bond.

The woman accused of shooting a man in the head on Facebook Live will be back in court Thursday morning.