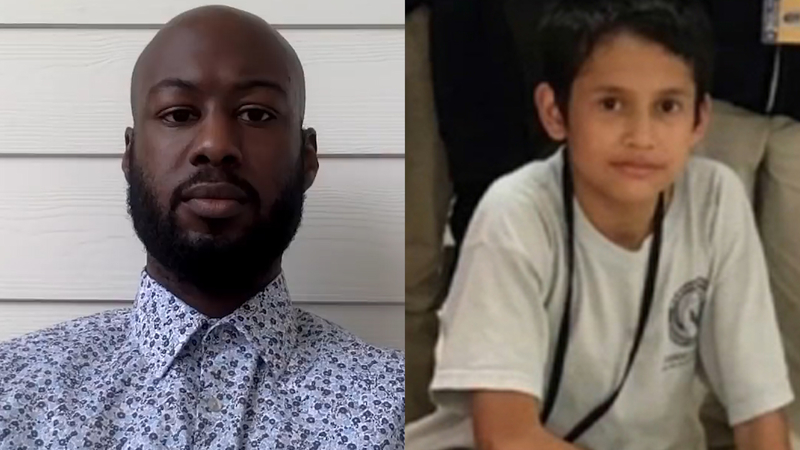 Man once accused of murdering Josue Flores claims his innocence

HOUSTON, Texas (KTRK) -- The man who was accused of murdering Josue Flores in 2016 is speaking out after police say he's still a person of interest.

Andre Jackson was arrested and charged on June 3, 2016 for the murder of Flores, but the charges were later dropped.

On the three year anniversary of Josue's death, Houston Police Chief Art Acevedo and cold case detectives reiterated that Jackson is still a person of interest in the case.

Jackson responded to authorities in a 10-minute YouTube video, claiming his innocence.

"I am innocent and need the public to understand institutionalized racism and systematic prejudice, which will be the topic of a book that I am publishing," Jackson said.

Investigators claimed Jackson had a jacket similar to the one seen on a suspect who appeared in a surveillance video released to the public.

In 2017, the Harris County District Attorney's Office dropped the charges against Jackson saying that DNA evidence was "at best inconclusive" and "in some ways exclude" Jackson as a suspect.

Here's a closer look at everything that has happened since Josue Flores' brutal murder in 2016.

"I do not respect a group of Hispanics or Latinos trying to pin a murder on me," Jackson said. "I'm referencing the police that spoke at the press conference from the cold case, it's Chief Acevedo. It's disrespectful at this point."

He went on to say that the evidence and surveillance video proved that he was not the suspect.

He also said he's being "harassed" and is considering legal action against the judicial system.

ABC13 Eyewitness News reached out to HPD, who had no additional comment. We also reached out to Josue's family, but we are still waiting on a response.

HPD's cold case squad has been working the case, and hope that DNA will result in an arrest and a charge soon.

Anyone with information on Josue's murder can make an anonymous tip online or by calling Houston Crime Stoppers at 713-222-TIPS.

You may be eligible for up to a $5,000 reward if that information provides the break that the case needs.