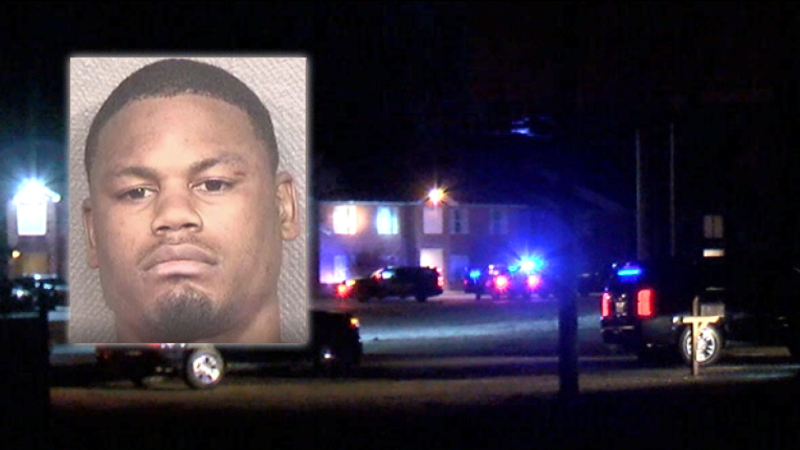 HOUSTON, Texas (KTRK) -- A Houston fugitive on the run for a year who was wanted in connection with two homicide investigations was taken into custody overnight following a standoff in south central Louisiana.

Gerald Washington was captured at an apartment complex in Opelousas, Louisiana, KATC-TV reports.

Washington was out of jail on bond for a murder charge and is also accused of killing another man while he was free, authorities said back in February.

Washington was wearing a GPS monitoring device when he tampered with it and disappeared, officials said at the time. Police in Opelousas told KATC that investigators got a tip that Washington was hiding in an apartment that belonged to a friend when U.S. Marshals closed in on him. There were children inside the apartment at the time, authorities said.

The children were not injured during the incident.

Opelousas is approximately 23 miles north of Lafayette, Louisiana, and 230 miles east of Houston.

Washington's criminal history goes back to at least May 2018 when he was granted deferred adjudication, which is similar to probation, for two counts of burglary to a building.

His conditions were amended several times after he allegedly violated them, Houston authorities said.

One of the victims told ABC13 at the time that she barely knew Washington, and didn't know why he started shooting.

She said she was shot at least seven times. Washington was charged in October 2018 for those crimes.

"When you think about it, here's someone who's on probation, deferred adjudication, just another form of probation, one of the primary rules and conditions of deferred adjudication and probation is not to violate any laws of society," Andy Kahan with Crime Stoppers of Houston said in Feb. "Being arrested for not one, not two, but three violent offenses generally means you violated those conditions of your probation."

Despite that, a judge later gave Washington a $200,000 bond, which he made, and was required to wear a GPS monitoring device. Even then, there were violations along the way.

While out on bond, police said he committed another murder. It was after that murder that he tampered with the GPS tracking device and took off, authorities said.

How was a man charged with murder a couple of years ago able to walk free? Here's what we uncovered.