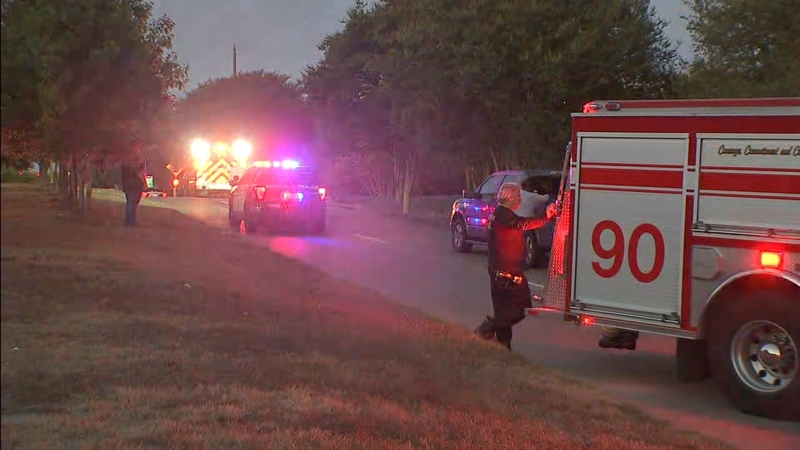 HOUSTON, Texas (KTRK) -- A bicyclist was hit and killed by a pickup truck in west Houston, police say.

Officers are on the scene of a fatal crash on Barker Cypress Rd at the Katy Freeway. Expect delays in the area. CC1 #hounews #Houtraffic

It happened around 5:30 a.m. Monday on Barker Cypress Road and S. Park View Drive, north of I-10.

Police say the bicyclist and a Silverado pickup truck were both going southbound on Barker Cypress Road. They say the driver of the pickup stopped but believe the driver did not see the bicyclist riding along the road.

Officers say bicyclist had the right of way and say there is no sidewalk on the stretch of road.

Police say the victim is a black male between 50 and 60 years old and was found wearing a work uniform.

An HPD sergeant on the scene said the man's bike had a blinking light, but the area is not well lit.