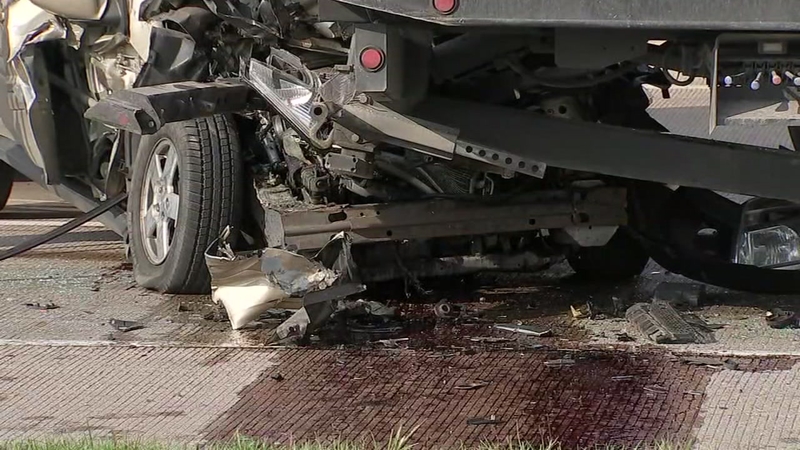 A Harris County father accused of killing his son in a car crash has been charged with manslaughter.

HOUSTON, Texas (KTRK) -- New details are being released in the case of a father accused of killing one of his kids in a violent crash.

Fernando Carcamo, 30, has been charged with manslaughter and aggravated assault causing bodily injury.

The crash happened around 1:40 p.m. Wednesday in the 2400 block of W. Mount Houston where deputies say Carcamo was driving a 2007 Chevrolet at a high rate of speed.

Authorities say Carcamo struck the rear of a Dodge Ram, spun around and hit a second vehicle.

Initially authorities said they believed Carcamo was intoxicated. Investigators now believe the signs and symptoms of impairment were related to medication given to him on scene by EMS personnel.

Court documents show Carcamo's bond has been set at $60,000.