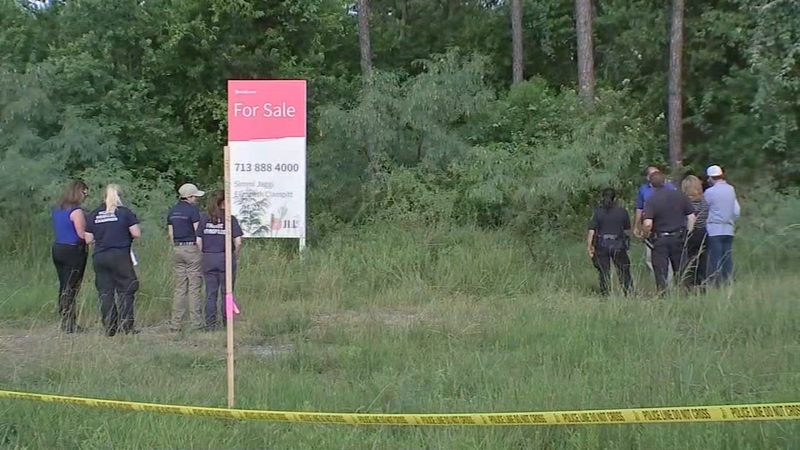 Police say a man was walking down the road around 11 p.m. when he went a short distance into the woods off Clear Lake City Boulevard near Galveston Road and noticed the skull.

He called police, who are now guarding the scene.

HPD detectives and the Medical Examiner are on the scene at Old Galveston Road and Clear Lake City Boulevard where bones were discovered overnight. pic.twitter.com/X6hsfgKk5H

"These human remains belong to somebody and somebody deserves to know they are deceased. I talked to the good Lord above, I looked into my heart, and I called the authorities," said Michael, who found the skull.

Michael said he spent the day looking for work before he made the discovery. Along with the skull, he found another bone.

He told ABC13 he also saw a necklace with a large cross -- possibly a crucifix -- and a machete nearby.

WATCH: 'Somebody deserves to know they're deceased' Hear from the man who discovered the human skull
EMBED More News Videos

Michael was a wrecker driver for 40 years and has seen a lot of tragedies, but nothing like the human skull.

"See the size of my head? No bigger. No skin. No flesh. No hair. No nothing," he described.

It's not clear how long the skull has been there.

HPD says crime scene units and detectives have been called out to investigate.