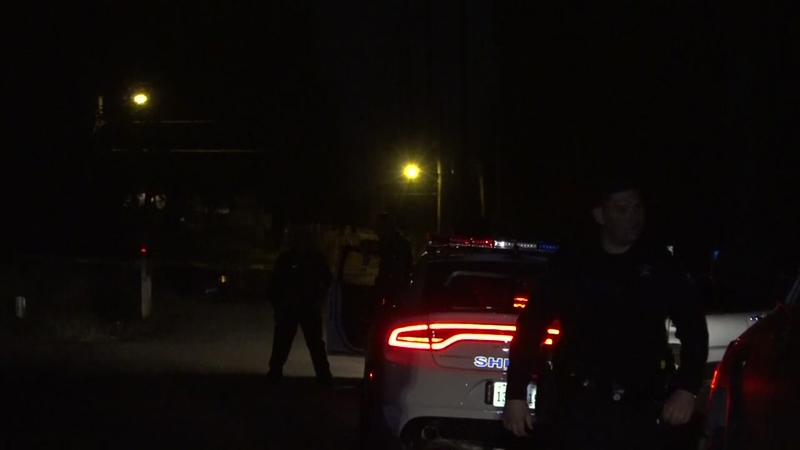 Deputies is investigating a shooting after a man was found in a car with a gunshot wound to his chest.

CONROE, Texas (KTRK) -- The Montgomery County Sheriff's Office is trying to figure out who shot a man found in a crashed car.

Deputies responded to the crash near Rhodes Lane and Main in Conroe, Saturday night.

On December 22, 2018, @MCTXSheriff Deputies were dispatched to a vehicle accident near Rhodes Ln in Conroe Texas. The driver, identified as Eric Thomas B/M dob: 07-21-82, appeared to have a gunshot wound to his chest, and later died of his injuries. The investigation is on-going. pic.twitter.com/nbREYfjA52

The driver, identified as 36-year-old Eric Thomas, was found with a gunshot wound to his chest. He later died of his injuries.