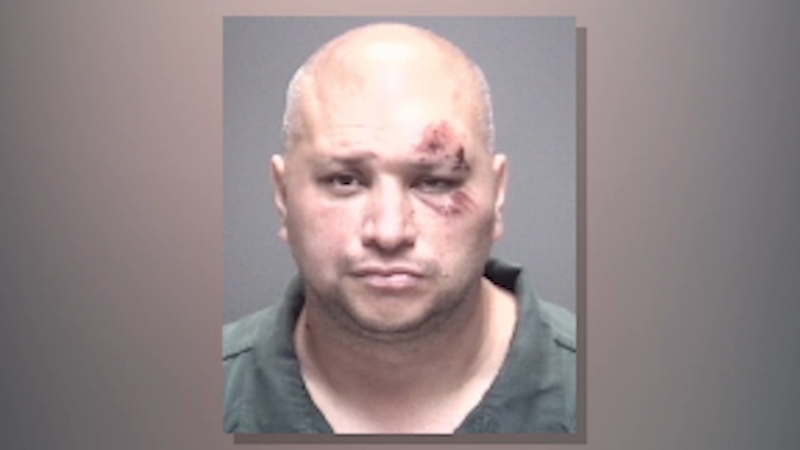 ALVIN, Texas (KTRK) -- The trial for one of the four men accused of murdering an Alvin nursery employee begins Tuesday.

Santos Botello, 43, is charged in connection with the death of Francisco Esparza who was killed on May 23, 2017 along the side of FM 517 near Algoa-Friendswood, not far from the nursery where he worked.

Jose Ybarra Leyva, Ricardo Posada and Jaime Posada Jr. have also been charged in connection with the murder.

Esparza's 19-year-old son believes his father's murder was retaliatory in nature, according to court documents. The son told investigators that the family had a history with Leyva, who had claimed in the past that the victim's son was possessed by demons.

Investigators said Leyva claimed the young man was possessed by a demon he dubbed the Black Reaper, which Leyva claimed could only be extracted from his body through oral sex from another man.

After multiple prayer sessions, Leyva offered to have sexual intercourse with the young man to cure him, but he refused, a court affidavit alleges.

The son told investigators that his sessions with Levya left him feeling traumatized and that, with the support of his family, he decided not to participate in future sessions, which he alleged led to his father's death.

On the morning of Esparza's murder, the father allegedly asked his son for Levya's number in order to tell him to leave his family alone. Hours later, Esparza was shot to death.

Leyva was not physically present during Esparza's murder. Investigators used phone records to link Leyva to the other three suspects in the killing. According to charging documents, Levya made extensive contact with Botello in the week leading up to Esparza's murder, including phone calls immediately before and after the shooting.

When confronted with phone records, Leyva allegedly told investigators that Botello and the Posadas were supposed to "beat someone up...not to kill nobody." Investigators said both Posada brothers admitted that they were under the impression the trio was only going to commit a robbery. Ricardo Posada claimed that Botello shot Esparza several times as he walked up to the Ford F150 in which he, his brother and Botello were traveling.

A wrecker driver passing the scene observed the shooting and provided authorities with photographs and video evidence eventually used to locate the three men.

The trial is expected to last up to two weeks.