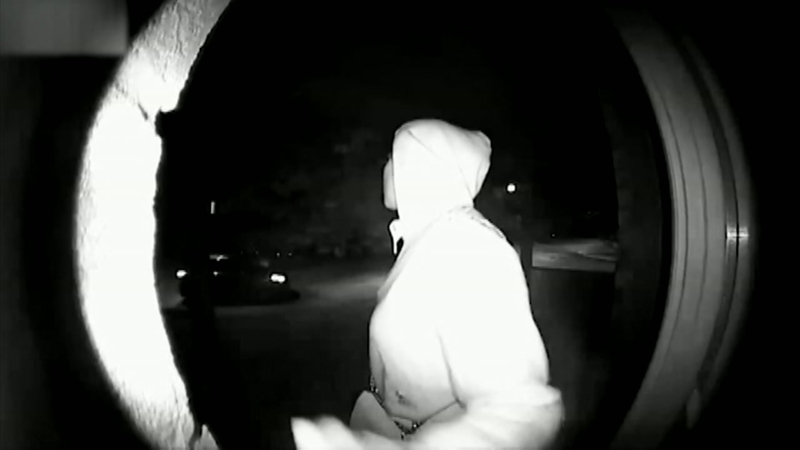 ONTARIO, Canada -- A woman whose abduction was caught on camera has been found safe.

The video shows a woman looking over her shoulder as she rings the doorbell of a house, when a man who appears to have a gun approaches her and confronts her.

He then grabs her off-camera and drags her by the hood of her shirt toward a car.

The woman can be heard saying "stop." The man also says "I'm gonna kill you" as he pushes her into an SUV.

"It's unbelievable that it happened in my neighborhood. I had no idea who it was that came to the house. So for me I really hope for the safety of the lady because that was very, you know, life threatening," homeowner John Vuong told CTV Network.

Vuong was asleep inside his home, but a security camera at his front door that automatically records movement at night captured the abduction.

He realized it happened when he received a notification by email from his camera.

He asked neighbors if they recognized any of the people in the video. He then called police and turned it over to them.

Police eventually found the woman, thanks to tips from the public.

Her alleged kidnapper, Jonathan McLennan, is still at large.