Thief cuts partner in crime with machete after stealing trailer in Crosby: Deputies 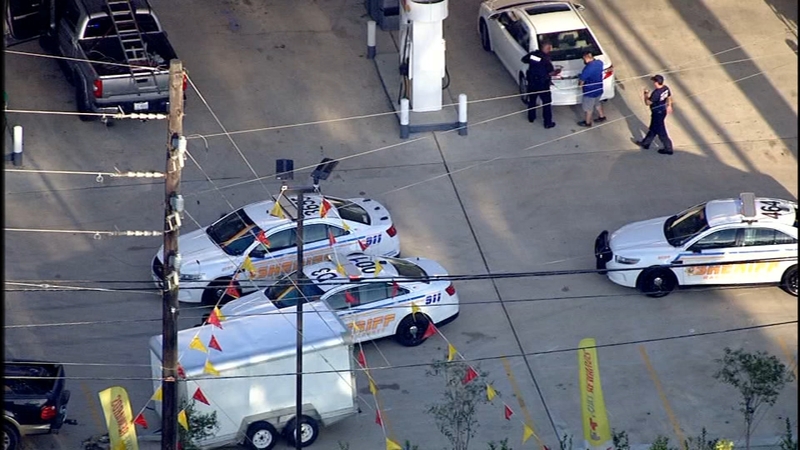 Man attacked with machete by partner in crime: Deputies

CROSBY, Texas (KTRK) -- A suspect was attacked with a machete by his own partner in crime after they stole a trailer Tuesday morning in Crosby, deputies say.

Authorities responded to a call in the 13400 block of Crosby Lynchburg around 7:30 a.m. after they say the men stole a small trailer from a storage lot.

As the men left the lot, they were followed by at least two people who watch over the lot.

One of the men who followed the suspects then got into a minor traffic accident with them. That's when the suspects got into a fight, with one turning on his own friend.

"One suspect took a machete and struck the other suspect in the back of the neck," said Harris County Sheriff's Office Sgt. Samuel Hayes.

Life Flight responded to the scene and left with the suspect who was cut and is in serious condition.


The other suspect remains on the run in the area. Deputies searched for him, but he is not in custody.

Detectives are talking to the storage lot guards to get a better idea of how this unfolded.

2-Preliminary info on Crosby-Lynchburg is pretty wild. Apparently two males stole a small trailer. The owner followed the males & there was some type of crash. One of the suspects then pulled out a machete & cut his alleged crime partner. Male in serious condition. #HouNews