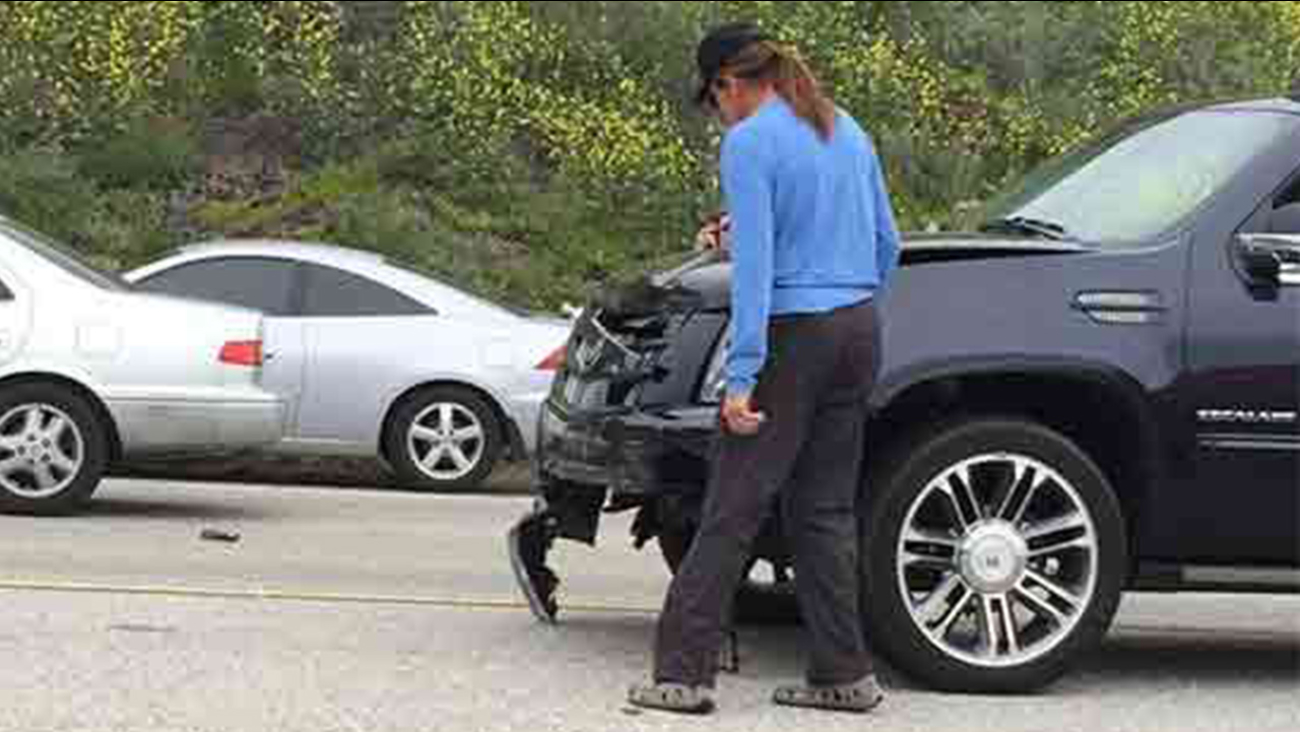 This photo from Twitter user unclenandough shows the scene of a fatal car crash in Malibu on Saturday, Feb. 7, 2015. (twitter.com/unclenandough)

Jenner told sheriff's deputies that the paparazzi was following him, but he was not trying to evade them, Sgt. Phillip Brooks said. Jenner did not indicate at the scene that he felt the paparazzi was at fault for the incident, Books added.

"As far as we know, they had nothing to do with the crash," Brooks said.

Meanwhile, paparazzi photos posted show Jenner with his cell phone. Deputies were investigating to see if the photos were taken before the crash occurred, sheriff's deputies said.

Investigators may look into whether texting was involved. They declined to comment on whether they will check Jenner's phone records.

The investigation into Saturday's chain-reaction crash that killed an elderly woman and injured seven others was ongoing.

Authorities said the crash occurred after a Prius stopped in the northbound lanes of Pacific Coast Highway for unknown reasons. An elderly woman driving a white Lexus then struck the Prius. Jenner's Cadillac Escalade, which was towing a trailer, then rear-ended the Lexus, which pushed it into southbound lanes, where it collided head-on with a Hummer.