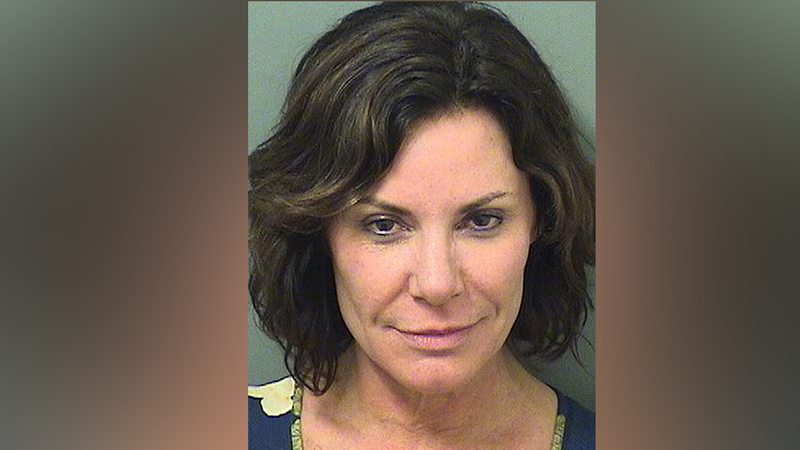 PALM BEACH, Florida -- A star of the reality television series "The Real Housewives of New York City" has apologized after she was arrested Sunday in Florida, saying her visit to exclusive Palm Beach brought up "long-buried emotions."

De Lesseps, who lives in Sag Harbor, New York, was released on her own recognizance, according to jail records. Her next court appearance is scheduled for Jan. 25.

The circumstances of de Lesseps' arrest in Palm Beach were not immediately available. The Palm Beach Post reported that a prosecutor said de Lesseps slammed a door and kicked at least one police officer, and she made threatening comments before she was arrested.

In a statement emailed by her spokesman Pete Sanders, de Lesseps offered her sincere apologies to anyone she might have offended with her behavior.

"This was my first time in Palm Beach since my wedding and being there brought up long-buried emotions," she said.

She said she was committed to a "transformative and hopeful 2018."

Report a typo to the ABC13 staff
Related topics:
floridaarrestu.s. & worldreal housewivesreality television
Copyright © 2022 by The Associated Press. All Rights Reserved.
TOP STORIES
Sergeant was to walk daughter down aisle until his hit-and-run death
Grab the umbrella! Widespread showers move in Monday
'We knew something big exploded': ABC13 recalls moment of Watson blast
2 adults killed and 12-year-old hurt in crash with speeding tow truck
Dad charged and fired from job after racist tirade posted on TikTok
Suspect accused of killing Pct. 5 corporal still on the run
Inside Texas hospital battling omicron: 'We're about to catch on fire'
Show More
5 tax changes that can boost your refund this year
Getting paid on Venmo or Cash App? New tax rule might apply to you
Tax filing season starts Monday. What to expect for 2022
Christina Aguilera says she 'couldn't be happier' for Britney Spears
Texas agriculture commissioner suing to stop aid for Black farmers
More TOP STORIES News