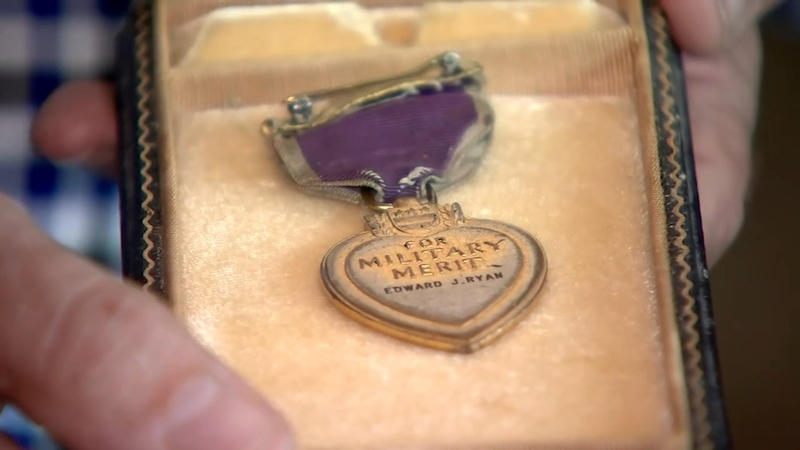 Ryan was killed on March 27, 1945, in the Netherlands when an artillery shell hit his tank, two weeks after his 22nd birthday. He was posthumously awarded the Purple Heart.

The medal was found 76 years later in a hidden compartment in a metal box 20 miles from Ryan's home in Minnesota, organization representatives said.

The person who found it contacted the Purple Hearts Reunited group to help connect with family members.

The Purple Heart is a decoration awarded on behalf of the President of the United States to members of the military who have been wounded or killed in the line of duty. It's the oldest award given in the armed forces and has been in circulation since 1932.

It's estimated that more than 2,000,000 Purple Heart medals have been given since then.