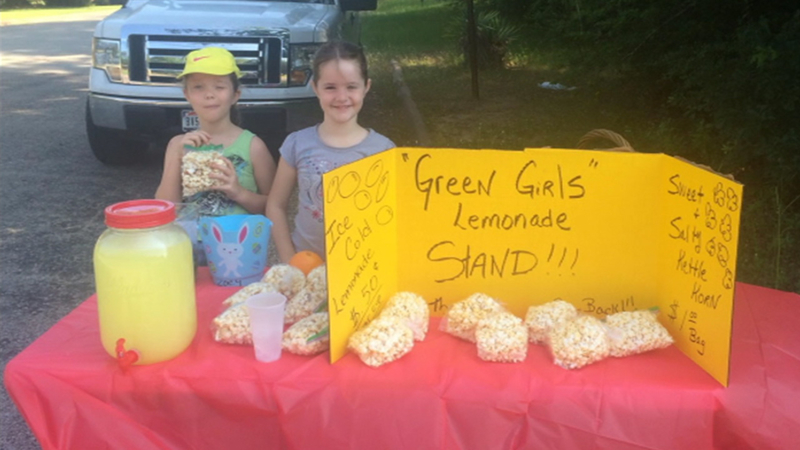 OVERTON, TX (KTRK) -- Police in Texas shut down a lemonade stand run by two little girls. They said it was illegal.

Andria and Zoey Green told ABC affiliate KLTV they were trying to raise about $100 for a Father's Day present. They wanted to take him to Splash Kingdom.

They had been selling lemonade and kettle corn for an hour - and made about $25 - when officers showed up and told them they need a $150 permit to sell their lemonade.

Texas House Bill 970, or the Texas Baker's Bill, does not allow the sale of food that needs time or temperature control to prevent it from spoiling. Since lemonade needs to be refrigerated to prevent bacteria growth, police said they needed an inspection from the health department and a permit to sell it.

"It is a lemonade stand, but they also have a permit that they are required to get," Overton Police Chief Clyde Carter said.

"I think that's ridiculous. I think they're 7 and 8, and they're just trying to make money for their own cause," said Sandi Evans, the girls' mother.

Ridiculous or not, Overton police said it's the law and they'll keep enforcing it.

"We have to follow by the state health guidelines," said Carter. "They have to have a permit if they're going to do the lemonade stands."

The sisters plan to try again this weekend. Instead of selling their lemonade, they'll give it away for free and accept donations.