Legally blind Texas teen gets $10,000 glasses that let her see 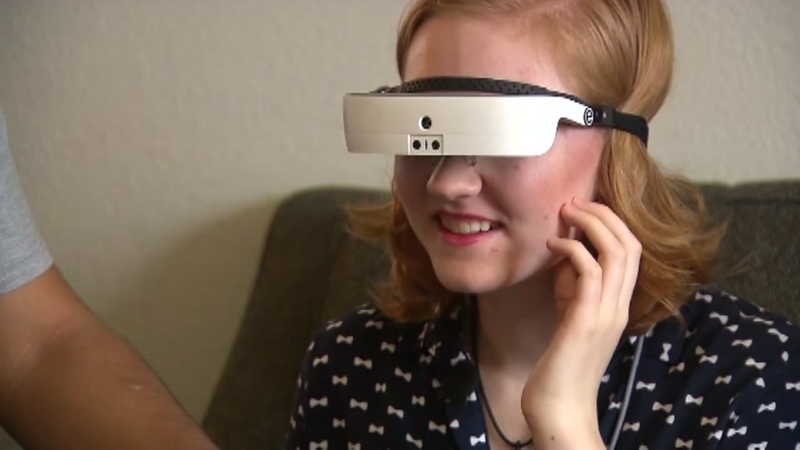 Legally blind teen can see for the first time in years

DENTON, Texas -- A successful crowdfunding effort came together just in time for Texas teen who is legally blind. Now she will be able to see as she heads back to school.

Shea Busby has been diagnosed with Stargardt, a rare disease that caused part of her retina to deteriorate. It's estimated to affect about one in every 10,000 people.

"I had to accept that because there's nothing you do," she said to KTVT-TV.

But a couple of weeks ago, Busby learned about $10,000 glasses called eSight that allow the legally blind to see.

The camera captures what someone is looking at and then displays it in the glasses.

Thanks to the generosity of strangers, enough money was raised for the glasses. On Tuesday, Busby's friend, who is also legally blind, surprised her with the glasses.