Man's runny nose turns out to be leaking brain fluid 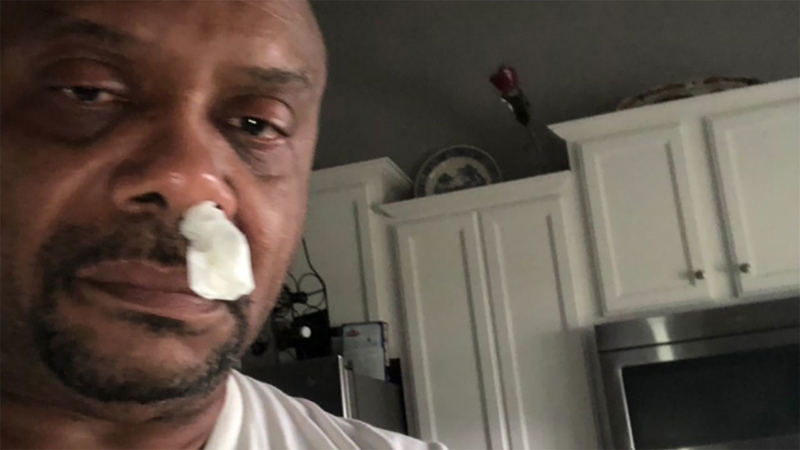 He thought he just had a runny nose

JOHNSTON COUNTY, North Carolina -- Last Thanksgiving was ruined for Greg Phillpotts and his family after the unexpected.

Fluid from his nose ran into the food.

"I was preparing a meal and standing in the kitchen and it just added itself to the ingredients -- it screwed up the whole dinner," said Phillpotts. "You could be anywhere. You could be on the airplane, you could be talking to anybody and this thing just drains out of your face."

Phillpotts said he had been battling what he thought were allergies during the past five years. Some doctors also diagnosed him with pneumonia and bronchitis.

He thought it was just allergies or even just a runny nose. It turned out to be something he needed surgery for. It’s all next at 11 #ABC11 @MountSinaiNYC pic.twitter.com/Z5ZsU5s3G2

"I was stuffing tissues up my nose," he said. "It became normal up until February because I was up all night coughing. You're sitting here, you're a family man. You don't want to check out of the picture when it's something someone could readily fix."

Finally he saw Dr. Alfred Iloreta at Mount Sinai Hospital in New York. They learned quickly it was a cerebrospinal fluid leak.

"It's the leakage of fluid that surrounds the brain to cushion it primarily to protect it from shock or trauma or anything like that," Dr. Iloreta said. "Sometimes when you have this leakage of the fluid from the brain, it can evolve into what we call an ascending infection. So bacteria can travel from the nose to the brain resulting in meningitis."

"Have you ever been so congested that you can't breathe?" Phillpotts said. "All of sudden you can breathe again and what a relief that was!"

Dr. Iloreta said to watch out if you have a runny nose on one side of your nostril, if there's a salty taste associated with it and all that comes with an intense headache. It could be more than just a runny nose.

A woman in Nebraska had what appeared to be a runny nose for two years and the condition turned out to be much more serious.