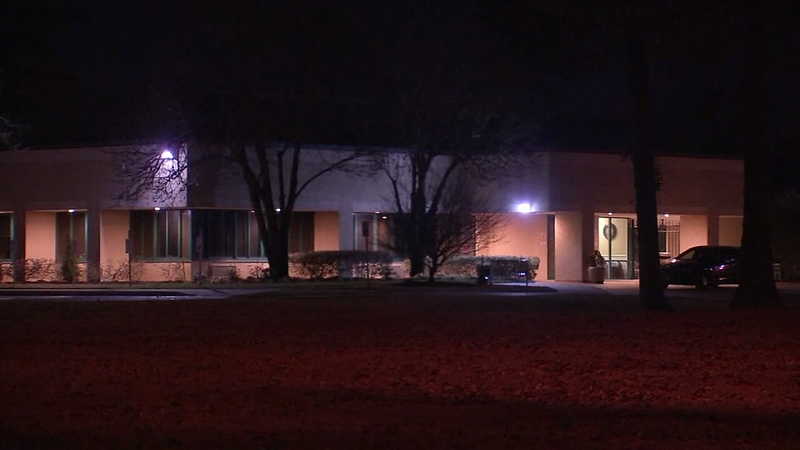 KINGWOOD, Texas (KTRK) -- His fatherly instincts told him something was wrong. He says a nurse told him more.

"The nurse told me there were allegations she had been raped," the father said.

"She pulled him aside and told him in a low tone she had alleged she was raped by two patients," the mother added.

The parents, who live in Spring, have filed a lawsuit against Kingwood Pines Hospital alleging the hospital is responsible for their daughter's rape. Eyewitness News has a policy of not identifying alleged rape victims, so the names of her parents are being withheld.

They say their 13-year-old daughter, who had suicidal tendencies, was at the 116-bed behavioral health treatment facility in Kingwood for an assessment in 2015.

The lawsuit alleges both she and her 15-year-old roommate were raped by two older teenage male patients who were housed on the same floor. Her parents say a rape kit was performed and that no one has been charged. Houston police did not respond to a request for information.

"I was mortified. I was hurt. I was hurting for her. I just felt like I had failed her, putting her into that hospital where I thought she would be taken care of and she wasn't," said the mother.

The lawsuit claims negligence, that the facility failed to provide a safe and secure environment.

"You're supposed to protect them from the monster, not allow them to run around free in the hospital," said Joe Mathew, who filed the lawsuit on behalf of the parents. The mother of the second girl is also a plaintiff.

In response, the hospital sent a statement:

Kingwood Pines Hospital denies the allegations of negligence and intends to defend this case vigorously. Due to the pendency of litigation and patient confidentiality requirements, we cannot comment further at this time but look forward to defending this case in court.
Like all behavioral health facilities, Kingwood is highly regulated. Federal and state agencies and independent accreditors regularly conduct unannounced onsite inspections to ensure compliance with applicable laws and regulations. We fully cooperate and view all oversight activities as an opportunity to enhance our operations. The vast majority of Kingwood inspections result in findings of substantial compliance with all conditions of participation and licensure requirements. When regulators identify deficiencies, no matter how minor, we respond quickly to make the proper adjustments with the goal of sustained compliance. Kingwood is proud of our record of collaboration with all relevant regulatory authorities to ensure that patients receive the high quality care they deserve.
Over the course of many years, Kingwood's dedicated and compassionate clinicians have successfully provided care to tens of thousands of patients, enabling them to live happier, healthier and more productive lives. Our most sacred responsibility is and always will be the well-being of our patients. We are committed to our mission of providing high quality treatment programs and services to patients with serious and complex mental health needs who often come to Kingwood during some of the most difficult periods of their lives.

In 2008, the mother of a mentally disabled patient who had been previously sexually abused, sued Kingwood Pines claiming her daughter had been sexually assaulted by another patient, according to a lawsuit filed in 2010. The hospital denied the allegations and the lawsuit was settled.

In 2015, Kingwood Pines was cited for "patient safety" and "patient rights" violations. According to federal inspections reports, two male patients were assigned as roommates even though each had documented history of sexual abuse and victimization. The report says they engaged in sex. One patient denied it. The facility self-reported the incident.

"They change lives in a very bad way," said Mathew.

The parents he represents are seeking up to a $1 million in damages, and change.