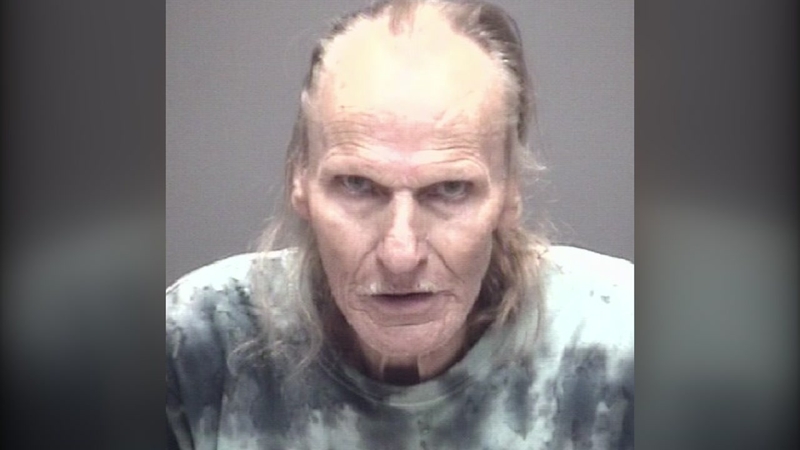 A Galveston County man is accused of using a riding lawnmower to throw rocks at a woman and her daughter, injuring them both.

Johnny Dewitt Manning, 72, has been charged with injury to a child, a felony, criminal mischief of more than $2,500, which is also a felony, and misdemeanor assault.

This happened around 2:44 p.m. Saturday at a home on Moore Road.

According to court documents, a man told police he drove to the home to drop off his ex-wife, who is Manning's roommate, and her 9-year-old daughter.

The man claims that Manning doesn't like him and when he parked his SUV in front of the house, Manning drove his riding lawnmower through the front yard and spun it around at the end of the gravel driveway.

Authorities say rocks flew out from the lawnmower hitting the man's vehicle, the woman and the girl.

The suspect then drove back to the front of the house.

The SUV had two shattered windows on the passenger's side, dents, and damage to the paint, wheels and tires.

The woman suffered injuries to her face, while her daughter had a red mark on her nose and said that she felt pain when the rocks hit her.

Officials say video from the incident shows that the grass was cut and that Manning intentionally drove the lawnmower to the end of the driveway to throw rocks at the victims.

Manning was taken to Santa Fe Police Department jail, where he allegedly confessed to the crime and said that he would do it again, if given the chance.