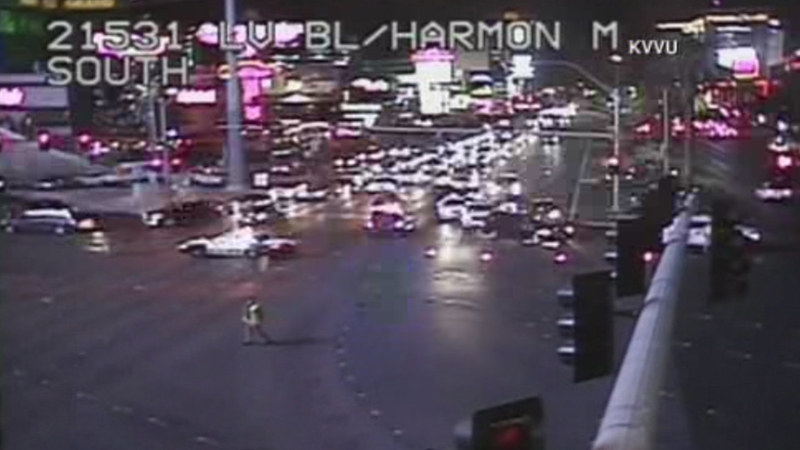 LAS VEGAS, NV -- Police in Las Vegas say a woman intentionally swerved her car onto a busy sidewalk two or three times, mowing down people outside a Las Vegas casino Sunday. One person was killed and at least 30 others were injured.

After the crash, the 1996 Oldsmobile with Oregon plates continued on to a hotel, where the woman was taken into custody. Police say a 3-year-old was in her vehicle during the crash, but the child was not hurt.

Authorities say they don't know why the woman, described as being in her 20s, carried out the assault in front of the Paris Hotel & Casino, but she's being interviewed and her blood is being drawn.

Police also are reviewing video from casino-hotel surveillance cameras. A police official says, "We know this was not an act of terrorism."