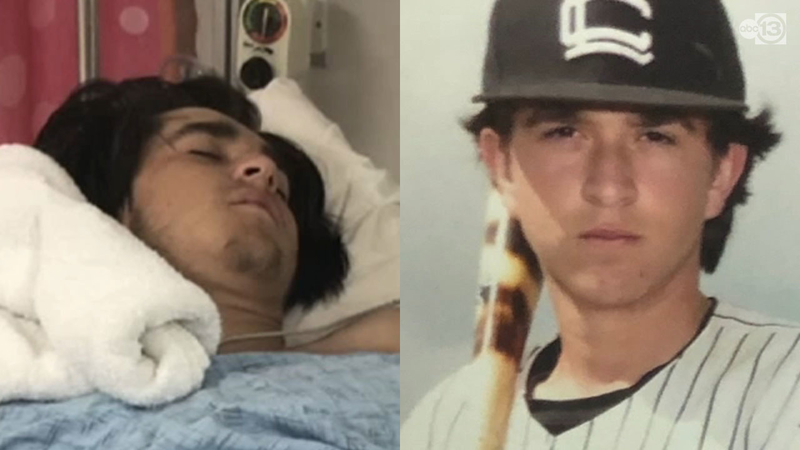 HOUSTON, Texas (KTRK) -- A Texas teenager missed the start of his 11th grade year after he mysteriously fell ill.

Dominic Lopez's family told Eyewitness News he's been in the hospital since last Tuesday. He could barely tell his mother what was wrong.

"It was just a regular day. Thankfully, I work at home. He had just taken a shower. Shortly after that, he came to me in the kitchen. He was complaining of chest pain. He was holding his chest. He couldn't really talk. He was taking really small breaths," said his mother, Muriel Lopez. "Once I saw that, that he couldn't really breathe properly ... I put him in the truck because I knew I could get to the hospital faster than the ambulance could get to me."

Muriel Lopez said in the four-minute drive to the hospital, she watched her son turn pale. She said doctors discovered her son's left lung fully collapsed and diagnosed him with spontaneous pneumothorax. According to medical experts, tall and thin males teens are most susceptible.

Doctors put a tube in Dominic's chest. He underwent surgery on Sunday.
"To me, I think getting this out there is the main thing. I've never heard of spontaneous pneumothorax before this. I had no idea that a young male who is tall and thin is more prone to get this condition," said Dominic's mom. "I have never heard of it. I was terrified. If you ever have any symptoms regarding your heart, chest, or your breathing ... get to the nearest ER immediately."

Some of the symptoms include:

Shortness of breath
Chest pain, which may be more severe on one side of the chest
Sharp pain when inhaling
Pressure in the chest that gets worse over time
Increased heart rate

The Lopez family is now dealing with unexpected medical bills from the sudden incident. They've started a GoFundMe to help with expenses, which you can access here.