Teen's video of 'Kajabe Can Can' goes viral 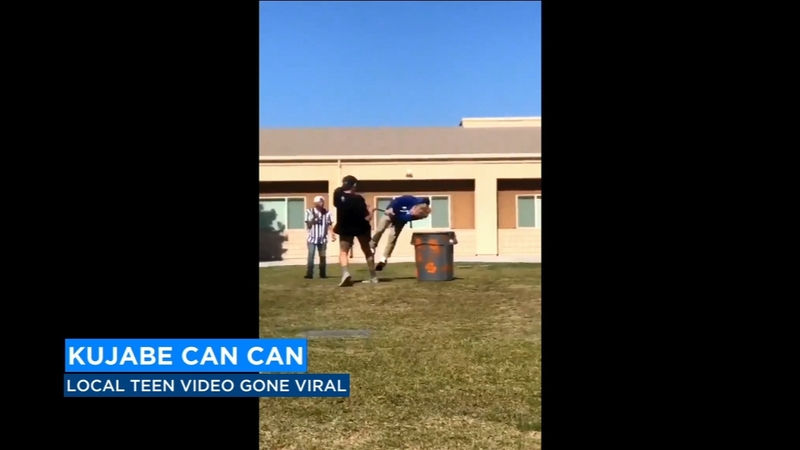 Northeast Fresno teen's video of 'Kajabe Can Can' goes viral

FRESNO, California -- A 16-year-old in northeast Fresno has gone viral after a video of him flipping over a trash can was posted all over social media.

This game called "Kajabe Can Can" is similar to tug-of-war.

It shows Clovis North Sophomore Luke Bletscher fighting to win the game by not touching the trash can as his opponent throws him around with a rope.

Luke says he posted the video Sunday and so far it has been seen more than four million times.

"It's surprising because I put it up there expecting to get 30 likes from all my friends and then it blew up and it's just crazy," Luke said.