The San Luis Obispo County district attorney said Kristin Smart was killed in 1996 during an attempted rape by a fellow student and the suspect's father helped hide her body.
KTRK 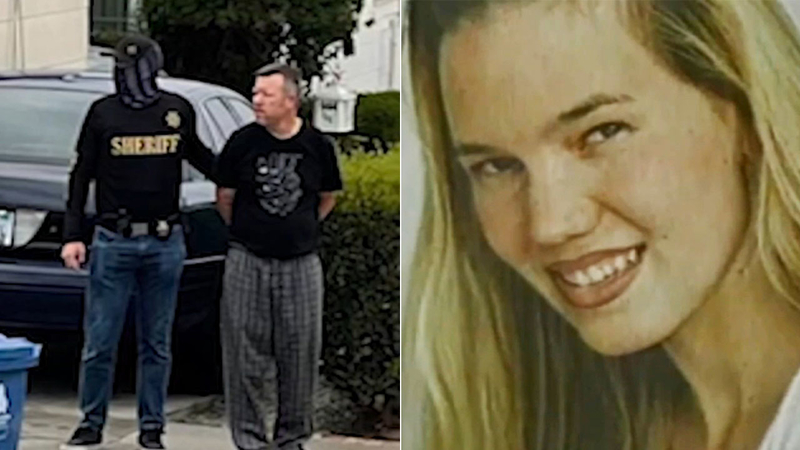 The son and father were arrested Tuesday.

Smart, 19, of Stockton, was last seen May 25, 1996, while returning to her dorm at California Polytechnic State University campus in San Luis Obispo after an off-campus party. She was inebriated at the time and Flores, a fellow freshman at the school, had offered to walk her home.

Flores killed Smart in his dorm room, Dow said. Investigators, who launched a renewed search Tuesday at his father's property in nearby Arroyo Grande, believe they know where the body was buried.

Dow said in more recent years Flores frequented bars around his home in the Los Angeles area of San Pedro and may have committed other sexual assaults. He urged the public to come forward with any information.

A lawyer for Paul Flores has declined to comment. A lawyer for Ruben Flores said his client is innocent.

Paul Flores was taken into custody in the San Pedro neighborhood of Los Angeles. Ruben Flores was arrested as an accessory at his Arroyo Grande home, where sheriff's investigators conducted another search. 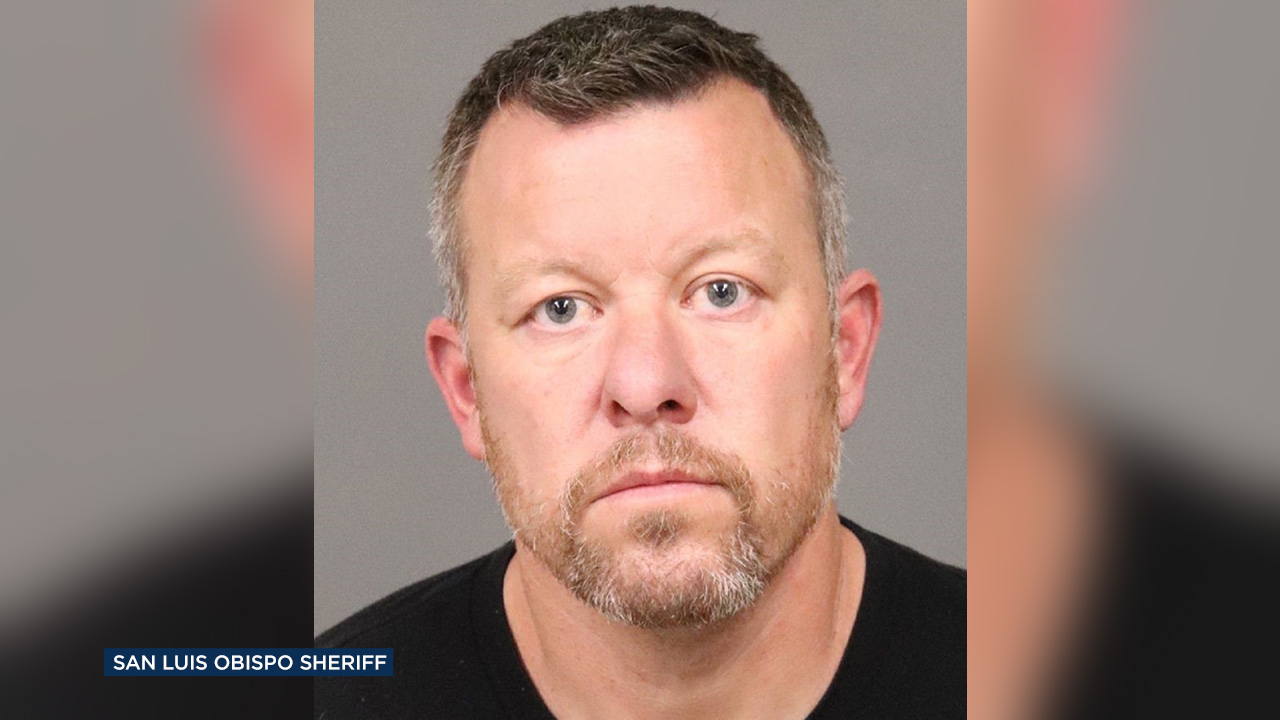 This booking photo of Paul Ruben Flores, the suspect in the murder of Kristin Smart, was released by the San Luis Obispo County Sheriff's Office on April 13, 2021.

Parkinson said Smart's remains have still not been found.

"We have not recovered Kristin," the sheriff said at an afternoon news conference. "We'll continue to focus on finding her remains regardless of any court action. We will continue the process of finding out where Kristin is. We know that's an important issue to the family."

"For over twenty-four years, we have waited for this bittersweet day. It is impossible to put into words what this day means for our family; we pray it is the first step to bringing our daughter home. While Kristin's loving spirit will always live in our hearts, our life without her hugs, laughs and smiles is a heartache that never abates. The knowledge that a father and son, despite our desperate pleas for help, could have withheld this horrible secret for nearly 25 years, denying us the chance to lay our daughter to rest, is an unrelenting and unforgiving pain. We now put our faith in the justice system and move forward, comforted in the knowledge that Kristin has been held in the hearts of so many and that she has not been forgotten."

Last month the sheriff's office served a search warrant at a house in Arroyo Grande belonging to Ruben Flores.

Cadaver dogs and ground-penetrating radar (GPR) were said to be used during their search of the property. The warrant remained sealed, and authorities did not provide further information on the developments in their investigation at the time.

Parkinson said there has been an extensive investigation into the case over the years.

Since he took office in 2011, he said, the department has served 41 search warrants on the case to investigate 16 different locations, submitted 37 items of physical evidence from the initial investigation for modern DNA testing; and conducted 137 interviews. The data from the investigated, he estimated, would fill more than three terabytes on a hard drive.

An 8-part podcast called "Your Own Backyard" by musician Chris Lambert in 2019 also helped renew interest in the case and helped prompt more people to come forward with evidence relative to the case, the sheriff acknowledged. The Smart family's statement also thanked Lambert for his "unselfish dedication" in bringing new light to the case.

The sheriff did not disclose specific evidence that was obtained by investigators that led to the arrest, saying that would be part of the courtroom case.

Paul Flores has remained mum through the years, invoking his Fifth Amendment right to not answer questions before a grand jury and in a deposition for a lawsuit that was brought against him.

He was arrested in February on a weapons charge and released on bond. He has drunken driving convictions on his record in Los Angeles County.

Paul and Ruben Flores are expected to make their first court appearance in this case on Thursday.