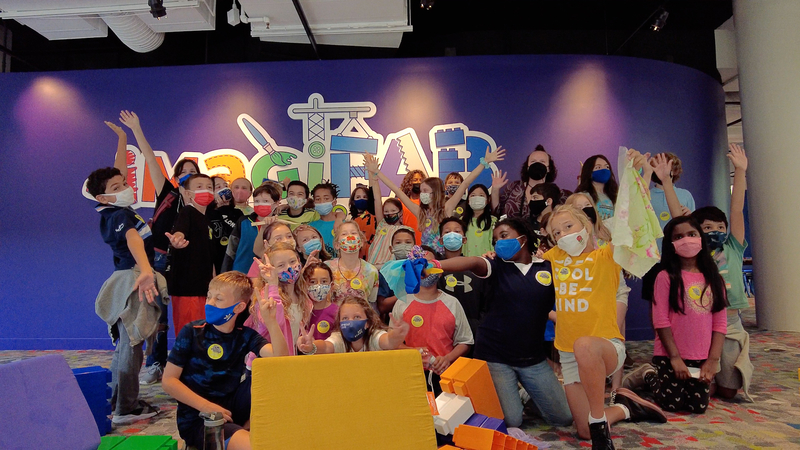 Raleigh, NC -- Marbles Kids Museum has long been known as a place of innovation in interactive learning. So it comes as no surprise that its newest exhibit, ImagiFab, centers on expanding children's skillset in STEAM (Science, Technology, Engineering, Arts and Math). Along with support from North Carolina-based children's furniture company Nugget, it has sought to create an area that focuses on the concept of "open play." 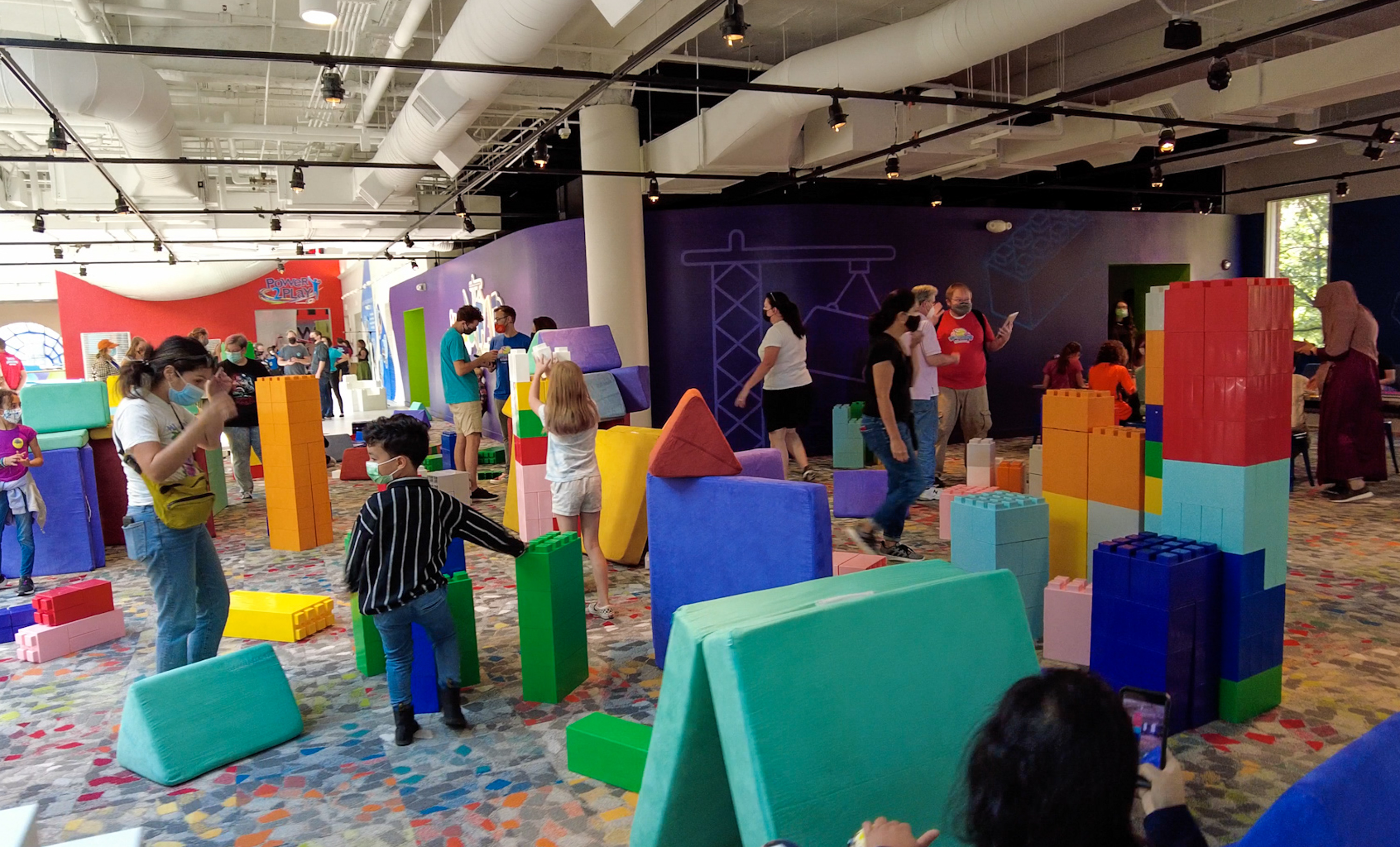 "Open-ended play is the ability for kids to continue to play, play, and play -- there's no right answer, whatever your imagination wants you to do, you can create," said Nugget's Chief Creative Officer Hannah Elly. "I think what's really unique about the ImagiFab space is that we are really encouraging children to bring their creativity ... and there are very little instructions for it." 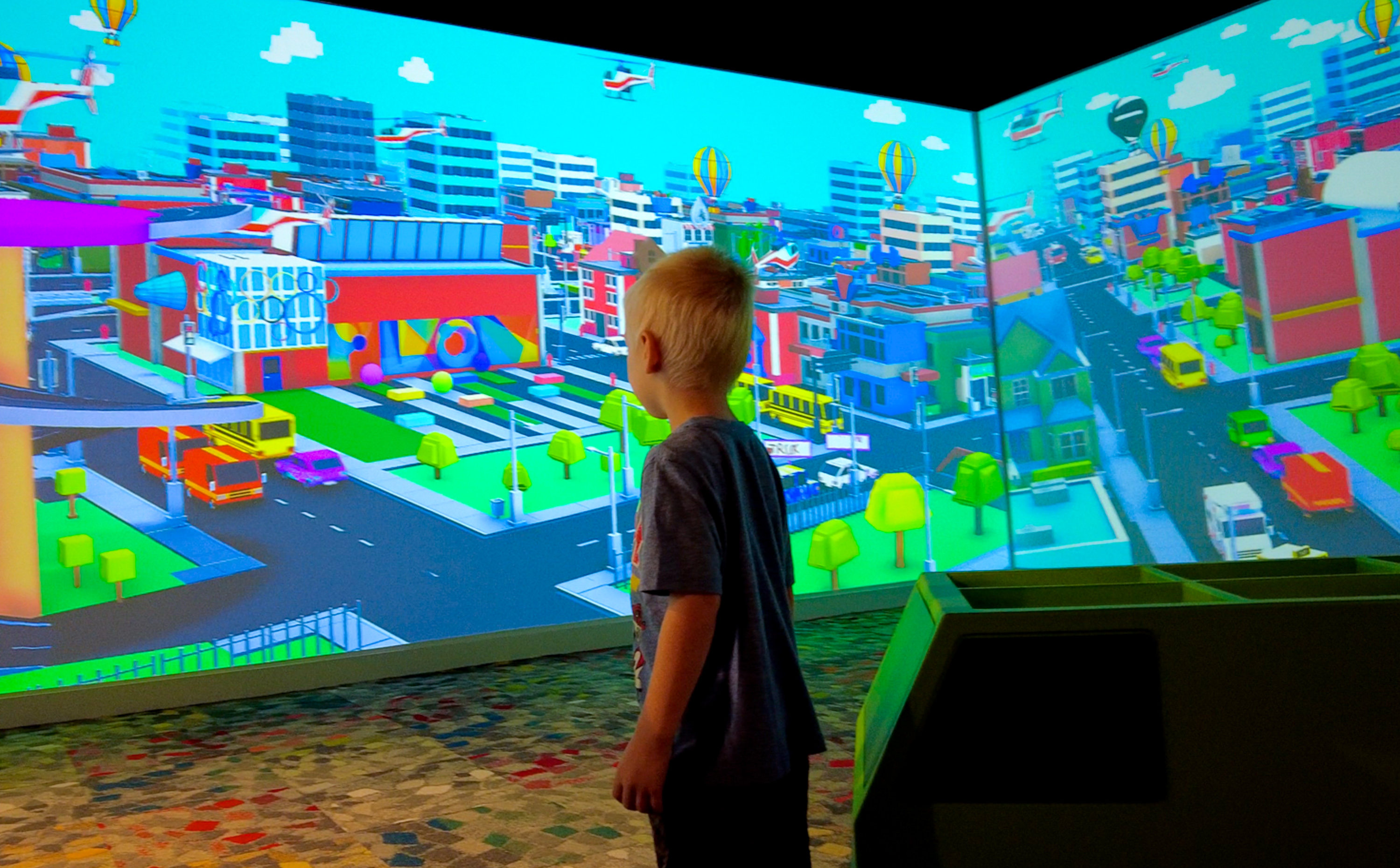 This is by design, as the new space was created with the intent for kids to innovate mostly on their own, revolving around four special areas: Create, Make, Build, and Animate. From a self-cleaning paint wall to a digital canvas where kids can upload their artwork to a 3D map of Raleigh, the exhibit encourages children to grow their creative expression in what they call a collaborative environment. And unlike most play areas, the museum has introduced woodworking stations. 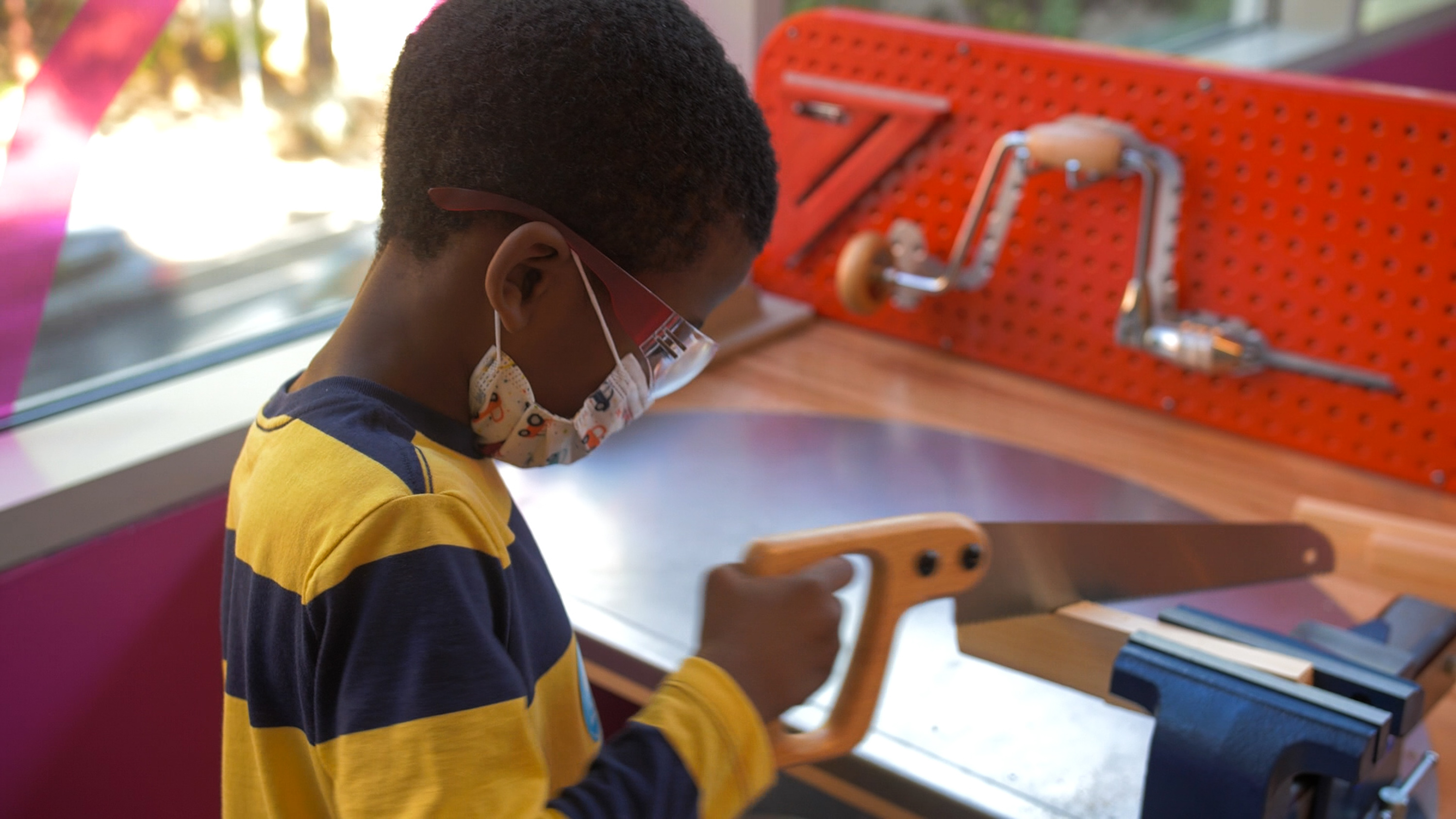 "We have spaces where kids can actually pick up a piece of wood and a saw and saw through it," explained Marbles Director of Exhibits Chris Alexander. "It's a little bit risky play, but it's something that Marbles feels builds confidence and lets kids learn what their boundaries are." It's a notion that has been lauded by experts in early childhood development, who contend that such practices are immensely important for the development of risk-management skills. 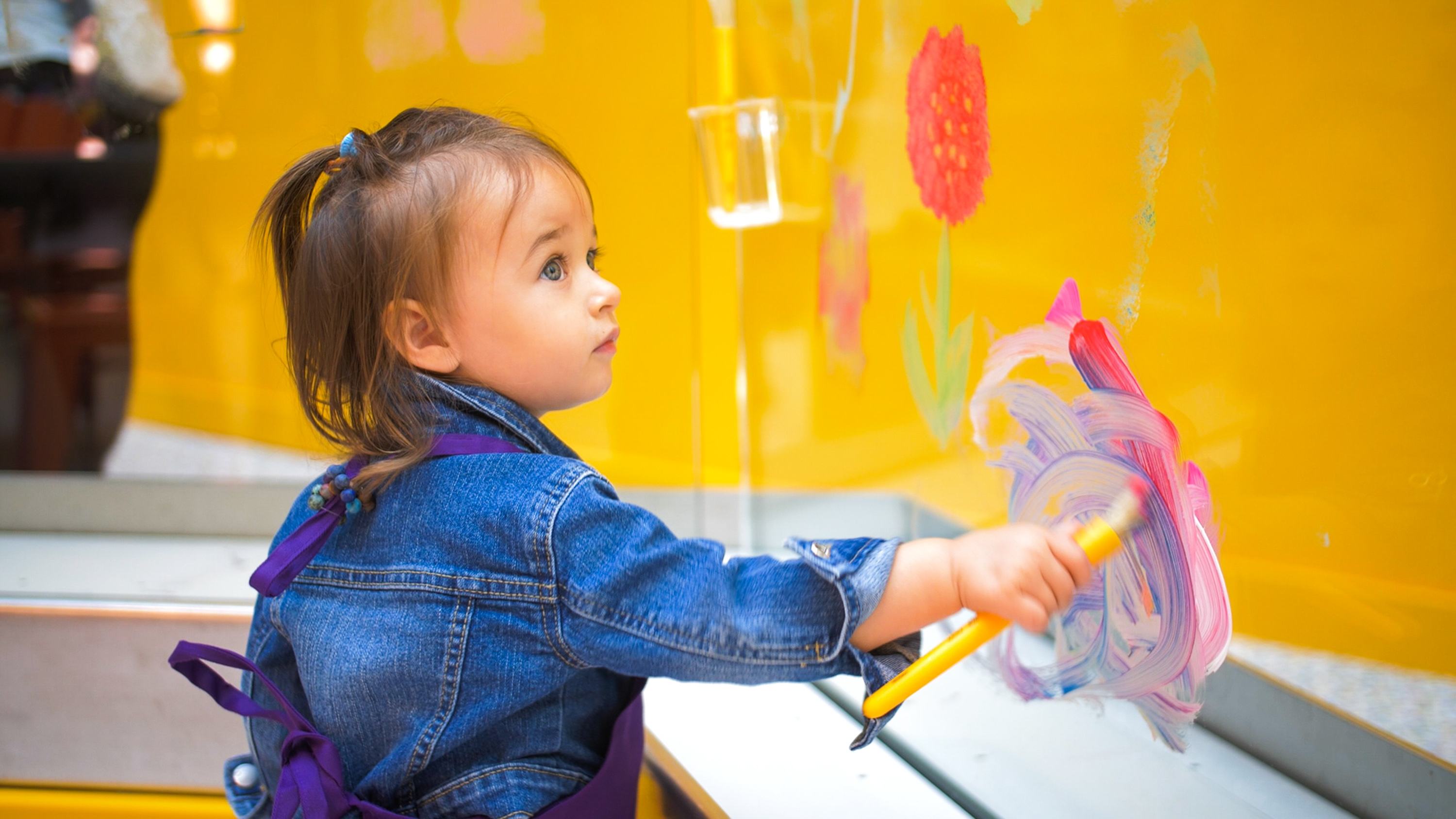 The exhibit has been in the works for four years, when in October 2017, Marbles received a federal grant to create a diverse space that facilitates hands-on learning in STEAM. For Marbles Vice President of Learning Hardin Engelhardt, a central aspect of this initiative has been to ensure that kids see themselves represented. 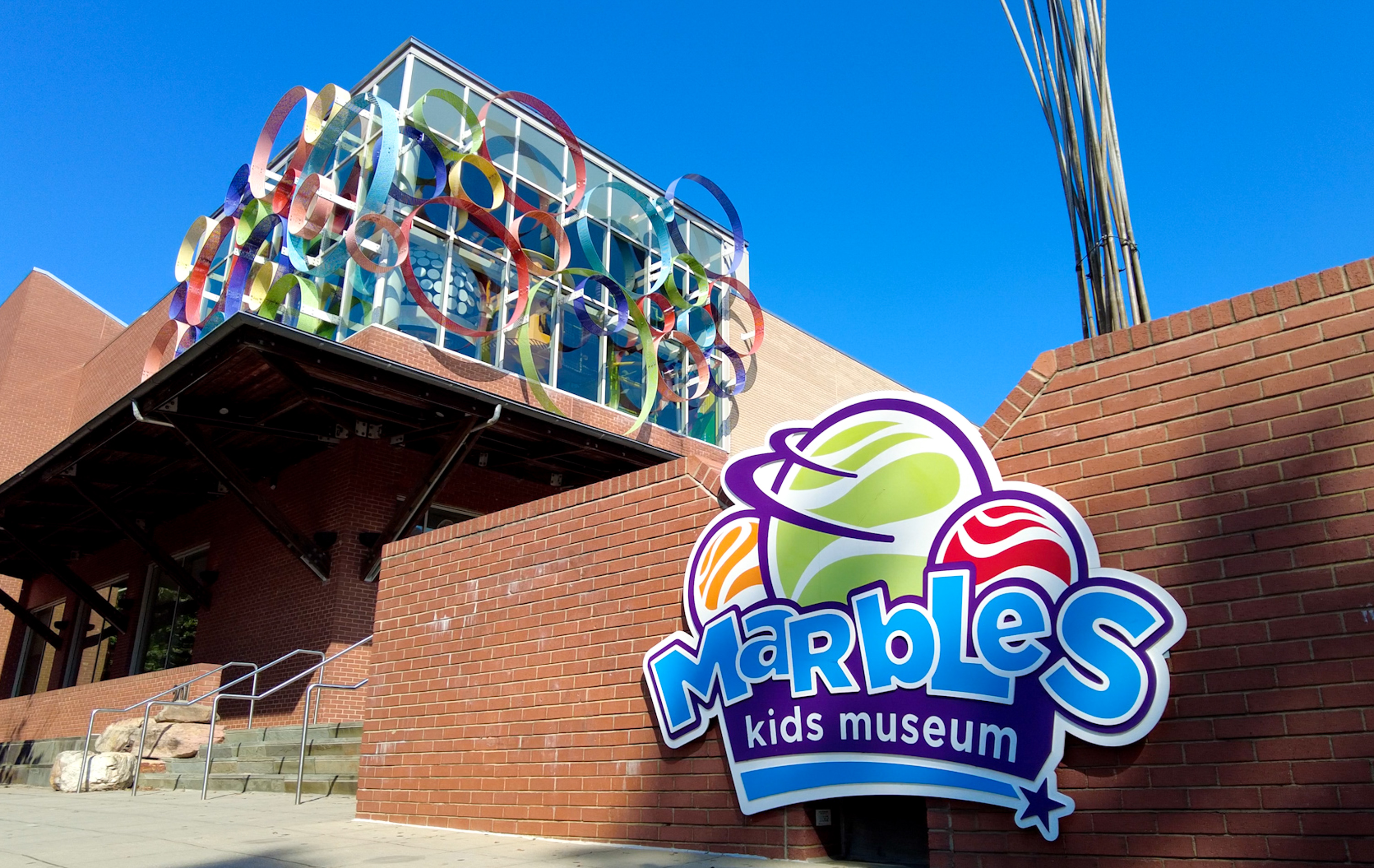 "When people ask me what success looks like for Marbles, one of my answers is I want kids to feel like Marbles belongs to them ... that (this) is a place that is welcoming and is a place where our community comes together and builds bridges through play," Engelhardt said. "And so, engaging the community (when) creating this exhibit helped ensure that it feels like a space that belongs to them, where all children and families feel welcome, included, and represented."
Report a correction or typo
Related topics:
localishwtvd
TOP STORIES
Man gets 9 years for using CARES Act money on lavish spending spree
Man shot and killed by masked gunman outside apartment, deputies say
Gov. Abbott remains silent on posthumous pardon for George Floyd
Family of Astroworld victim Rudy Peña demands answers in his death
CDC recommends vaccinated adults get booster amid omicron spread
What is omicron? What to know about new COVID variant
Houstonians encouraged to don western wear for rodeo's big event
Show More
Lee Elder, 1st Black golfer to play Masters, dies at age 87
Bill Cosby prosecutors take case to US Supreme Court
Houston, renters from Dallas could be swarming in soon
Officials work to answer 3 key questions about omicron variant
First lady Jill Biden unveils White House holiday decorations
More TOP STORIES News