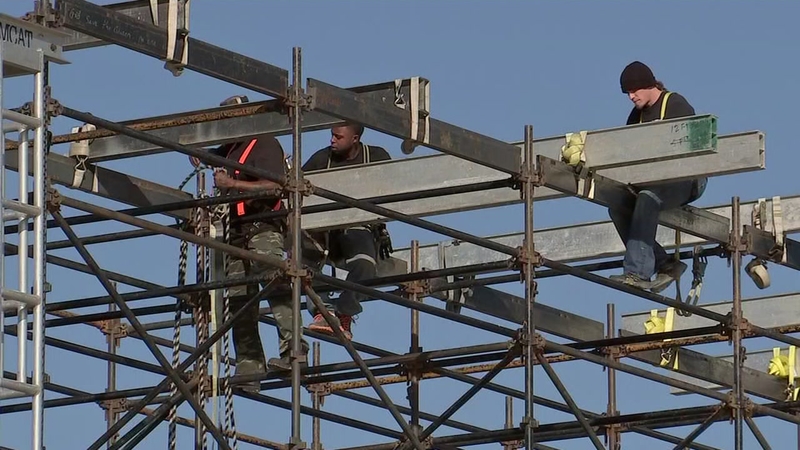 HOUSTON (KTRK) -- Houston's growing music scene is about to get a new festival.

"Day For Night" kicks off this Saturday in the Heights. Organizers promise an experience unlike any other in the Bayou City.

Kendrick Lamar, who's leading in Grammy nominations, plans to headline the event. The festival follows in the footsteps of Free Press Summer Fest and is backed by the same folks.

Organizers told abc13 they expect 45,000 people to descend on Silver Street Studios off Edwards Street. They explained what sets "Day For Night" apart from other festivals is its visual component.

"This is the first time on planet Earth that these creatives have been assembled on a scale this large and grouped with musicians. This will be the first main stream digital art festival," said Dutch Small with the festival. "We are for the first time in Houston, Texas pulling together a group of the world's most influential creatives in this arena and pairing it with a mainstream music festival.

For more information about the event, head over to their website here.