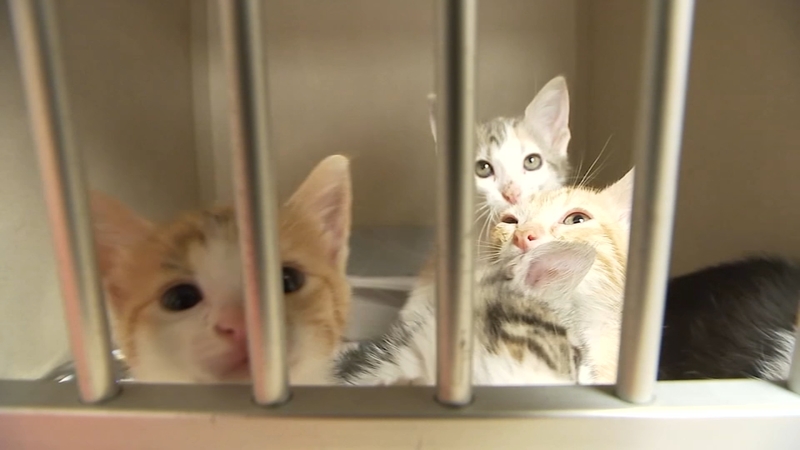 KATY, Texas (KTRK) -- Some people say they want to see transparency and change at the Katy Animal Control Shelter. This demand follows the allegations of animal abuse that launched an investigation in late 2020.

Katy Mayor Bill Hastings admitted that some things need to improve, but that admission wasn't good enough for some people. Community members said they want substantial change to create what they called a "modern and humane shelter."

"Katy animal control needs to step into current and modify their policies to educate and assist these animals," said Robyn Wilder, who was one of a handful of people at the city council's meeting on Monday. They piped up in defense of dogs and cats sheltered in the city limits.

Advocates said they want the doors open for visitors and volunteers during business hours. Most of all, they said they want transparency surrounding the newly-formed Animal Control Advisory Group and its recommendations. Hastings said he won't commit to that request because group members asked to remain anonymous.

"We made a great effort and a lot of headway to change. The public really needs to be patient," he said.

Hastings also said there's another report coming out soon that will add on to previous recommendations, which so far include things like establishing a euthanasia policy for ill and injured animals and requiring vaccinations. He did not provide a timeline for when the council would put the shelter on their agenda, but he did warn about misinformation in the meantime.

"I think if you really just stop and look around and will listen, you can realize all the changes that were made and are still being made and being worked on. It's just a thing people are going to have to be patient with," Hastings said.