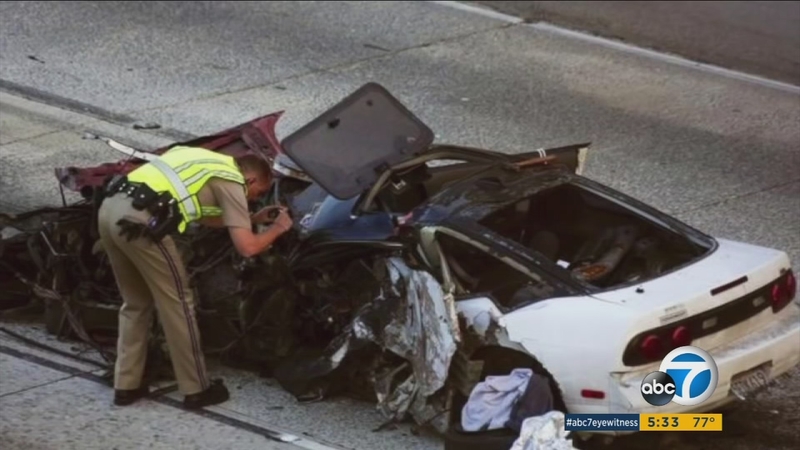 AZUSA, CA -- An inmate who killed a man while driving drunk on the 210 Freeway in California is attempting to right his wrong by helping to raise money for the victim's family.

Justin Romo, 19, was killed when Tyler Thompson drove the wrong way down the 210 Freeway in Azusa in the early morning hours of Aug. 9, 2014.

Tyler Thompson, now 26, originally pleaded not guilty to the felony charge, but later pleaded no contest and apologized to Romo's family in court.

"He said, 'I pray that I could change places and be the one gone,'" Tina Thompson, Tyler Thompson's mother recounted.

He was sentenced to 15 years in prison.

"As we locked eyes, both of us were just hurting inside for our sons," Lupe Garcia, Justin Romo's mother said.

"It was crazy, in this courtroom the judge was crying, the court reporter was crying," Tina Thompson described. "There was not a dry eye in that courtroom."

Nearly two years after the catastrophic collision, Garcia and Tina Thompson are drawn together both the loss of their sons.

In a move testing her faith, Garcia said she forgave Tyler Thompson.

"I gave it to God, I said, 'Tyler Thompson is all yours,'" Garcia said.

Tyler Thompson, with the help of his family, set up a GoFundMe page from behind bars, making a plea to help the family of Romo.

"Words can't describe the remorse I felt and still do..how could I go on," Tyler Thompson said during a jailhouse phone call recording "I attempted suicide, but I failed...I believe we all have a purpose."

It's not restitution, but a way to lift up Romo's family and warn others about the dangers of drunk driving.

Garcia said she was overwhelmed and moved by Tyler Thompson's actions.

"I would like to tell Tyler Thompson he is a remarkable young man. It touches my heart that he is doing something to bring awareness to all the families who have lost children to drinking and driving," Garcia said.