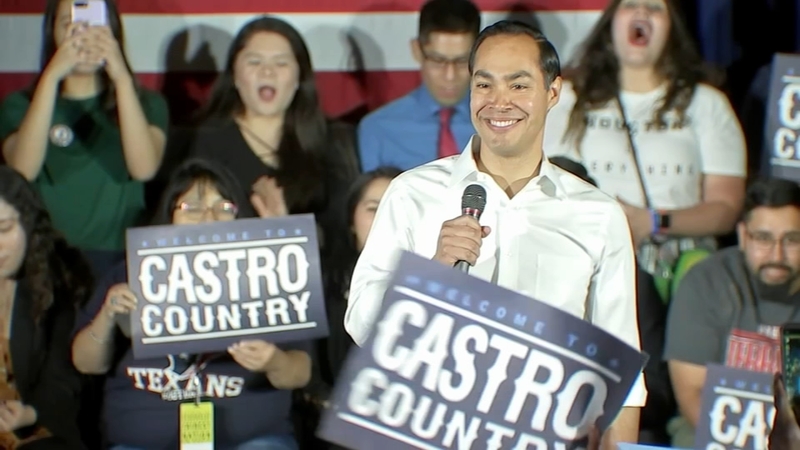 A lot of supporters from Julian Castro's home, San Antonio, and others from Houston say they're ready for change and believe Castro can be their next president.

The democratic presidential hopeful took the stage at Warehouse Live in the East End.

He talked about defeating President Trump in 2020 and said he is confident Texas will be the state to help him to the Oval Office.

He mentioned Medicare for all and even legalizing marijuana. As people cheered him on, he said he supports equal pay for women and protecting their right to choose.

As part of his platform, he wants to raise the minimum wage to $15 and pass what he calls common sense gun safety legislation.

But one of his most talked about issues is immigration and wanting to "fix" the system.

"Donald Trump has been a total failure when it comes to immigration because more people are coming to the southern border now than when he became president," Castro said.

"I can fix that system. I've laid out a plan for how we're going to fix it and I will fix it when I'm president."

Castro says he's happy to be back in his home state of Texas and is really looking forward to the democratic debate Thursday night, which will air on ABC13.