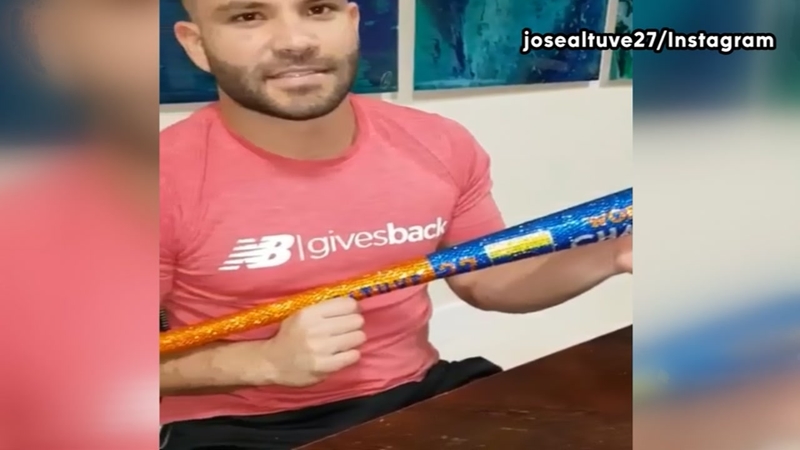 HOUSTON, Texas (KTRK) -- Jose Altuve has a shiny-new reminder of the Astros' 2017 World Series win for his mantle at home.

The second baseman showed off a commemorative baseball bat encrusted with Swarovski crystals on Instagram.

His wife Nina told Eyewitness News the bat was a gift from Colombian artist Mr. Bling, who is known for giving such gaudy gifts to celebrities.

The crystals spell out "ALTUVE" and "27" in the familiar Houston Astros jersey font, along with "World Series Champions" and the Astros star logo.

There is also a Venezuelan flag sparkling bright in yellow, blue and red, to remind Altuve of his roots.

While we aren't sure what the bat is worth, it's likely to be pricey considering the value of other Mr. Bling gifts.

In 2013, the artist (born Mauricio Benitez) made a portrait in the likeness of Spanish soccer star Lionel Messi with colored Swarovski crystals.

The portrait's estimated worth was $50 million, according to NESN.