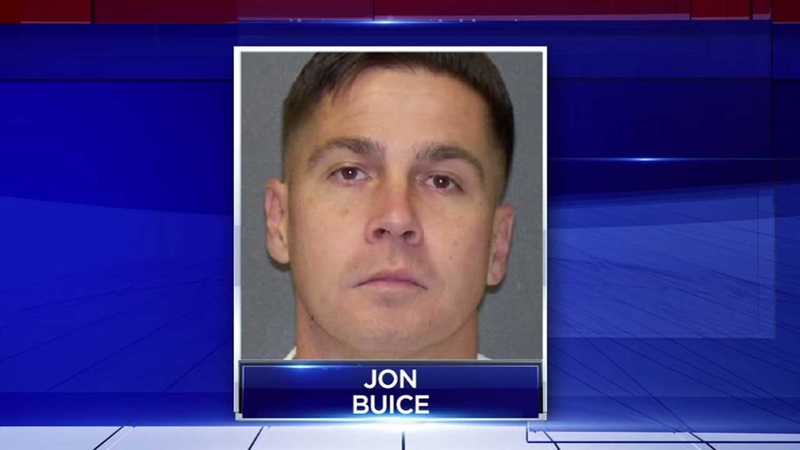 Man convicted in '91 murder of gay man released from prison

HOUSTON -- A man convicted in the high-profile murder of a gay man back in 1991 was released Wednesday from prison.

The Texas Board of Pardons and Parole granted Jon Buice parole last month, citing his good behavior, among other things.

Buice was only 17 years old when he confessed to killing gay banker Paul Broussard. Broussard was one of three men attacked by 10 young men in the gay district of Montrose back in 1991.

"I was the second person he hugged when he walked out of the door today. He hugged his father then he grabbed on me and was a little longer holding on to me," said Ray Hill.

Hill was there Wednesday morning when Jon Buice walked out of prison after serving 23 years of his 45 year sentence.

"He said I'm scared and I said I know and I understand," Hill explained.

Some would would call this an unlikely friendship because Hill helped put Buice in jail. Hill, a gay rights advocate, jumped to the forefront calling it a hate crime. He led marches and protests, pressing prosecutors for stiffer punishments.

"I said look I want aggressive prosecution on these cases. We had every reason to believe that it was a gay bash homicide. It as right after gay pride week in June. It was a July," said Hill.

There were no trials. Everybody pleaded out. Buice got the most time because he had the knife. Four years later, there was bombshell twist.

"That he might have been a danger is totally fabrication that I created to solve the case and it's my fault," said Hill.

"John didn't give me anything that gave me any indication not only that there was some prejudice against gay people, but his favorite uncle'a gay, he had gay people all around him and he was going to a gay bar in Houston. I didn't know that until I met John," added Hill.

Hill met with the other nine suspects and concluded the same about them.

"I realize these boys don't need my forgiveness I need theirs,"said Hill.

He says Buice has forgiven him.

"I've been corresponding and talking to him twice a week on the telephone," said says Hill.

Hill's crusade to right the wrong has been a long road, and it didn't come at an easy cost for either of them.

"I I have to live with me and some unethical crap on my shield. I've got to clean it up for my own conscience so I had to do this," added Hill.

There are some people who still think it was a hate crime. Under the terms of his parole, Buice will have to wear ankle monitor, avoid contact with the victim's family and get permission from his parole officer if he ever wants to return to Harris County.