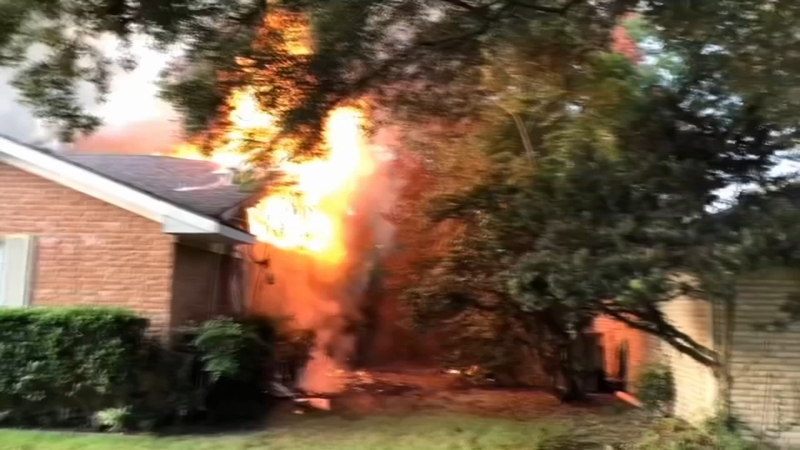 "My daughter and I were woken up at 7:30 a.m. by a guy banging on the door, ringing the doorbell and saying there's a fire, so I scrambled outside," says Frank Bullington, who lives next door.

When he got outside he said the fire was so intense, he could feel the heat from the flames. Another neighbor quickly called 911.

"I grabbed my hose because there was a bunch of stuff burning in between," Bullington said. "It was getting close to my house and then someone shouted, 'there's a dog.'"

Through the intense heat and flames, both neighbors broke a window and freed the dog inside.

The Jersey Village Fire Department showed up shortly and told Bullington the fire started in the attic.

Fortunately, the woman who lives there wasn't home at the time and no one was hurt.