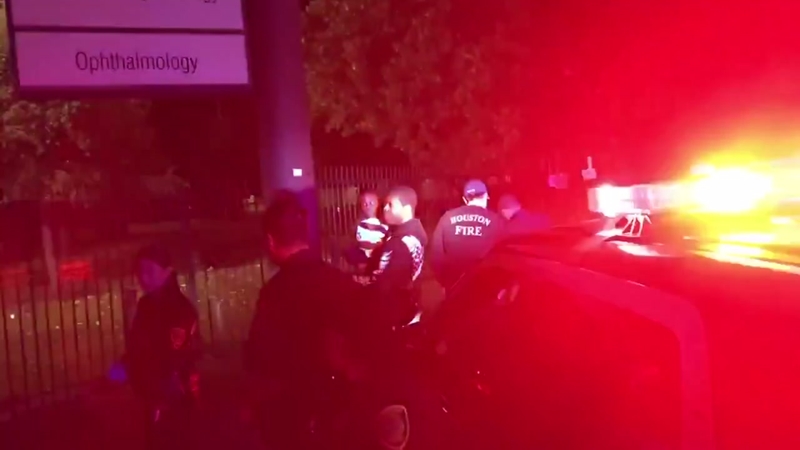 HOUSTON, Texas (KTRK) -- The Thanksgiving holiday weekend is a time for hugs and family reunions, but this one was different.

"I didn't believe anybody would do that to him. He's just two years old. Just a baby. I'm glad we got him back," said Whitney White, the victim's cousin.

An Amber Alert led to finding 2-year-old Jeremiah Lambert, who hadn't been seen by his family since yesterday.

Watch: Jeremiah Lambert reunited with his family, and the suspect taken into custody, after going missing Saturday.

Relatives say he was at an apartment complex near Hobby Airport when a family acquaintance took him. The victim's grandmother, Trinette White, said, "We didn't give him the right to take the car or the child."

Earlier Sunday night, relatives gathered to hand out fliers in a desperate search for the toddler.

Investigators say the man took both a family-owned blue Dodge Nitro and Lambert without permission, but why?

"Nobody knows. It was out of the blue. He looks after the kid. When he went outside, they thought he wanted to take him out to play, so nobody knew," said Whitney White.

Police say charges will start with unauthorized use of a motor vehicle after a tip led police to a hotel off the Gulf Freeway.

"This is what happens when the community calls in and helps and things get solved quickly. I wish we had more of it," said Detective Fregia with Houston police.

While police still have questions to ask the suspect, the family says they can finally rest easy after hours of panic and worry.

Police say Lambert appears to be fine, but was transported and is being given a full medical check-up as a precaution.

What are the criteria for issuing Amber Alerts?
EMBED More News Videos

UPDATE: Fantastic news! Thanks to an Amber Alert tip, Jeremiah has been found apparently safe and unharmed at a motel in Southwest Houston. The suspect is in police custody and currently being questioned by investigators. No other information at this time. #hounews