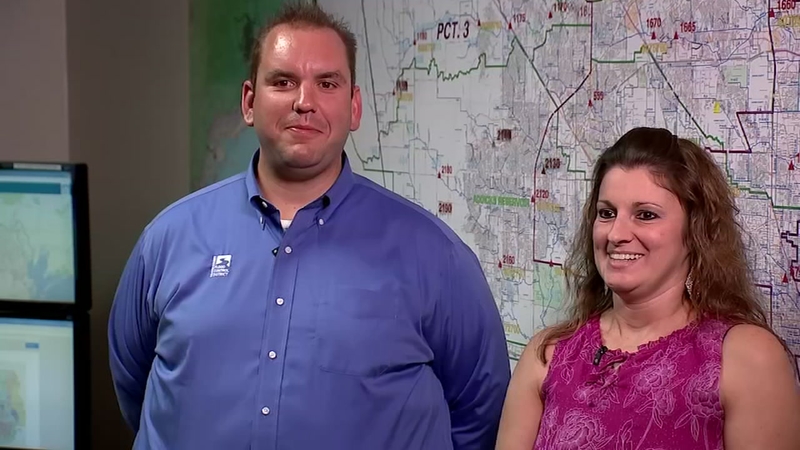 Inside the world of Jeff Lindner

HOUSTON, Texas (KTRK) -- Jeff Lindner is among many things a husband, a father, and a Texans fan. He's a Spring native who even loves to garden around his home. Lindner is also a meteorologist for the Harris County Flood Control District who became well known for his calm demeanor during Hurricane Harvey.

Houstonians hailed Lindner on social media and even started a GoFundMe account to buy him a vacation following the flooding. His Twitter page @JeffLindner1 exploded in popularity. He gained about 15,000 followers and became verified on the website.

Lindner said he got his start in forecasting as an intern for a television station during Tropical Storm Allison. He witnessed up close the devastating nature of torrential rain.

He graduated from Texas A&M University in 2004 before taking a position with HCFCD.

"I've learned a long time ago not to talk nerdy weather stuff because most people glaze over," said Lindner. "I've also learned that weather is a fascination for most people. Most people have some interest in the weather. So usually when people ask me about it, I stay pretty broad. I don't get into mesoscale convective systems and stuff like that. I'm just like, 'There are thunderstorms possible.'"

When asked about his new found fame, Lindner remained humble. He said the real heroes are the first responders and citizens who helped rescue others during the flood event.

Jeff is married to Lillie Lindner. The two first fell in love at the office and remain colleagues. They married nine years ago. They have two children together: Emma, 5, and Taylor, 3.

"I've had people text me jokingly saying, 'Has this gone to Jeff's head yet?' It hasn't. I'll keep him in check. It really hasn't. I think he has been overwhelmed. I think in some ways he's ready to get back to a normal 8 to 5 day," said Lillie Lindner.

"Jeff is really not a center of attention kind of guy. All of this that has happened the last few weeks has definitely been overwhelming. He wasn't expecting this to be such a big deal. He was just doing his job," she added.