J.Crew files for bankruptcy due to COVID-19 pandemic 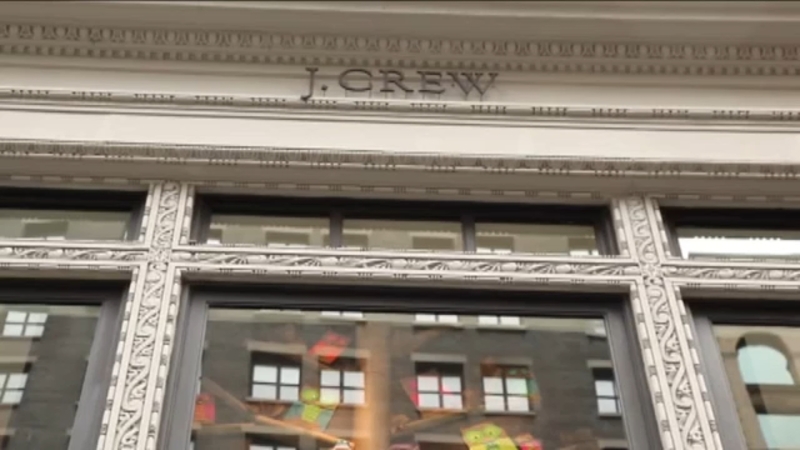 NEW YORK -- The owner of J.Crew is filing for bankruptcy protection, the first major retailer to do so since the pandemic forced most stores in the United States to close.

More retail bankruptcies are expected in coming weeks with thousands of stores still closed, though states have begun a staggered restart of their economies.

March sales at stores and restaurants had their most severe plunge on records dating back to 1992. Clothing sales fell more than 50% that month and, in the timeline of a pandemic, those may have been the good days.

The U.S. Commerce Department reports retail sales figures for April next week. That report will reveal the full brunt of the pandemic because by the beginning of the month, the doors of almost every retailer had been ordered shut.

The abrupt closure of stores threatens the overall health of the U.S. with consumers driving 70% of all economic activity in the country. Tens of thousands of retail workers have been furloughed, meaning they're not likely participating in the economy in any significant way.

Parts of the retail sector were already under duress before the arrival of COVID-19 amid seismic changes in what is bought and how. The most vulnerable have quickly lost the ability to pay bills and, like J.Crew, are seeking relief from creditors.

J.Crew said Monday that lenders have agreed to convert $1.65 billion of its debt into equity. It's also secured commitments for financing of $400 million from existing lenders Anchorage Capital Group, L.L.C., GSO Capital Partners and Davidson Kempner Capital Management LP, among others.

J.Crew was on of those companies already in trouble before the pandemic and it was laden with debt.

The company's roots date back to 1947, when Mitchell Cinader and Saul Charles founded Popular Merchandise Inc., which sold low-priced women's clothing. It was renamed J.Crew in 1983 and retooled as a preppy catalog to compete with those published by Lands' End and L.L Bean.

It became a fashion staple by the 1990s and new stores popped up across the country. Mickey Drexler, who had spearheaded Gap's explosive expansion, joined in 2002 as chairman and CEO and catapulted J.Crew into a high-tier player.

At some point, however, J.Crew's fashion choices began to land with a clunk in the highly competitive retail clothing sector. Drexler stepped down as CEO in 2017 and severed his last ties with the company two years later.

Operations at J.Crew will continue throughout a restructuring and clothing will still be available to purchase online.

The company said Monday that it anticipates its stores will reopen when it's safe to do so.

In its last full year of operations, J.Crew generated $2.5 billion in sales, a 2% increase from the year before.

J.Crew had planned to spin off its successful Madewell division as a public company and use the proceeds to pay down its debt. The company said Monday that Madewell will remain part of J.Crew Group Inc.