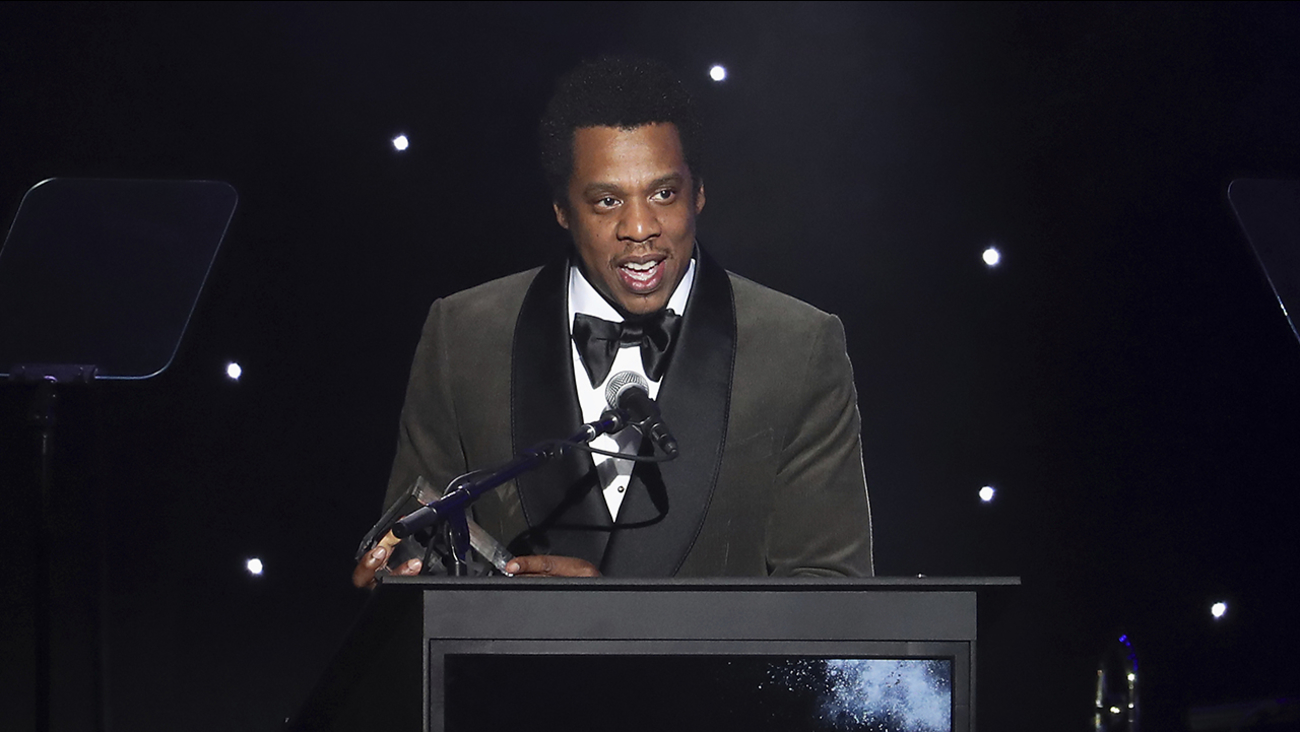 NEW YORK -- Jay-Z has become the world's first rapper billionaire, according to Forbes.

The 49-year-old media mogul, whose real name is Shawn Carter, is one of only a handful of entertainers to reach that mark -- and the only hip-hop artist to do so.

Though Jay-Z's music career boasts 14 No. 1 Albums on the Billboard 200 Chart, 22 Grammy awards, and 1 billion streams annually, his music catalog only accounts for approximately $75 million on his earnings.
The superstar's empire also encompasses liquor, art, real estate, which includes:
-- $310 million in Armand de Brignac champagne and $100 million in D'Ussé, his signature cognac
-- $220 million in cash and investments, including a reported $70 million stake in Uber
-- $100 million in the streaming service Tidal
-- $75 million in Roc Nation, a wide-ranging entertainment company
-- $50 million in lavish properties in Bel Air, East Hampton, and Tribeca

What makes this milestone even more remarkable, Forbes points out, is the rapper's humble upbringings. He grew up in Brooklyn's notorious Marcy housing projects and was a drug dealer before launching his music career in the mid-90s.