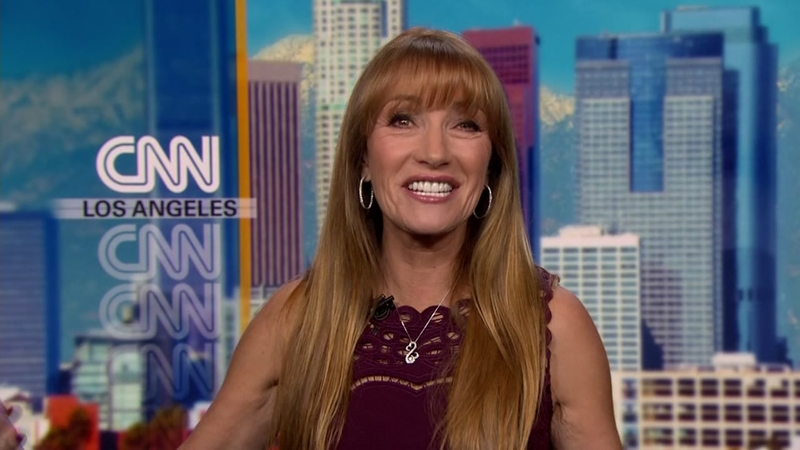 'I was thrilled': Jane Seymour says of new 'Playboy' spread

Jane Seymour is no stranger to "Playboy," but this time it's different.

"And they said they weren't interested in me being naked. So I said, 'Fine,'" Jane shares about the new pictorial spread. "And then, I just thought they'd made the most beautiful, classy, sensual. I mean, empowering. I mean, gorgeous pictures. I was thrilled."

Jane, known for her turn as a Bond girl in 1973's "Live and Let Die," "Dr. Quinn, Medicine Woman," and ABC's "Dancing with the Stars," says she feels even sexier at this age than she did in her 20s.

"I'm free, I'm able to be me and I'm getting to play great roles, doing a lot of comedy which I love," Jane said. "And you know, I'm not afraid of getting pregnant and I'm not afraid of dying. But I do want to fill the time in-between with as much fun as possible."
Report a correction or typo
Related topics:
arts & entertainmentcelebrityactorbuzzworthyplayboyu.s. & world
TOP STORIES
Texas man said it was 'time to kill' election worker, records say
Laundrie claimed responsibility for Petito's death in notebook: FBI
Bundle up! Clear and cold night ahead
Nation's largest abortion protest could be last under Roe
Bodies of 2 men found in apparent murder-suicide, HPD says
2 shot, 1 hit in head during home invasion on Houston's East End
Driver plows into hydrant, leading to NW Houston main break
Show More
Is is too late for the Ike Dike to be built?
Missing woman's cold case solved after car pulled from Brazos River
US confirmed 1st COVID case 2 years ago today
Police looking for 28-year-old in connection with teen's abduction
High school student attacked in his family's driveway in Richmond
More TOP STORIES News